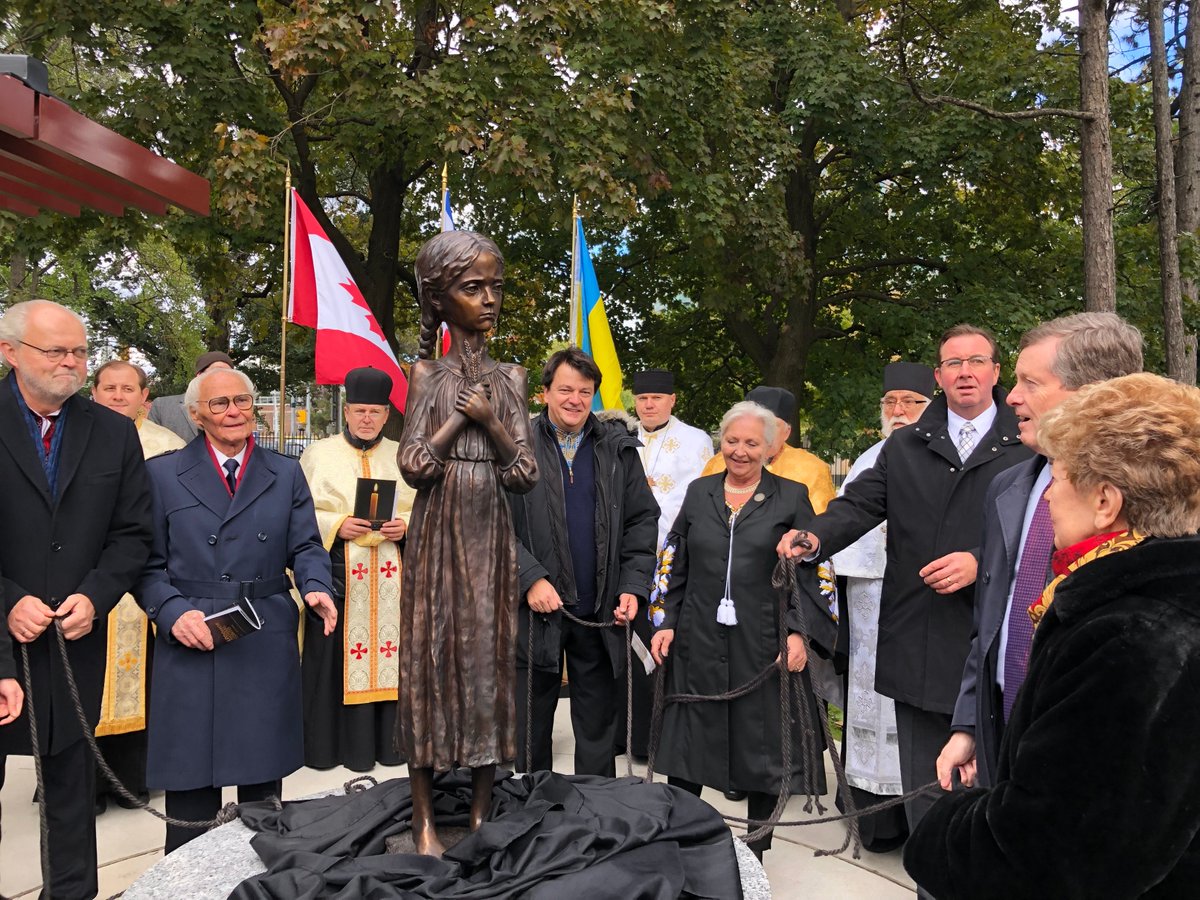 Memorial to Holodomor victims was opened in Toronto

On October 21, 2018, a memorial to the Holodomor victims was opened in the Canadian city of Toronto. In the center of the memorial there is a bronze sculpture of the girl created by Peter Drozdovsky – “The bitter memory of childhood”, which is dedicated to children who had died during the years of genocide killed in 1932-1933, and millions of Ukrainians who were not born because of this crime.

The opening of the memorial was attended by hundreds of people, representatives of the Ukrainian community of Canada. The official part of the opening was joined by Mayor of Toronto John Tory, Minister for Foreign Affairs of Canada Chrystia Freeland and First Deputy Prime Minister, Minister of Economic Development and Trade of Ukraine Stepan Kubiv.

The first sculpture of Peter Drozdovsky’s “Bitter memory of childhood” was installed on the territory of the National Museum “Holodomor Victims Memorial” in 2008. Also, a copy of the sculpture is located in Winnipeg – at the Canadian Museum of Human Rights in the “Breaking the Silence” gallery, which tells the story of the Holodomor.