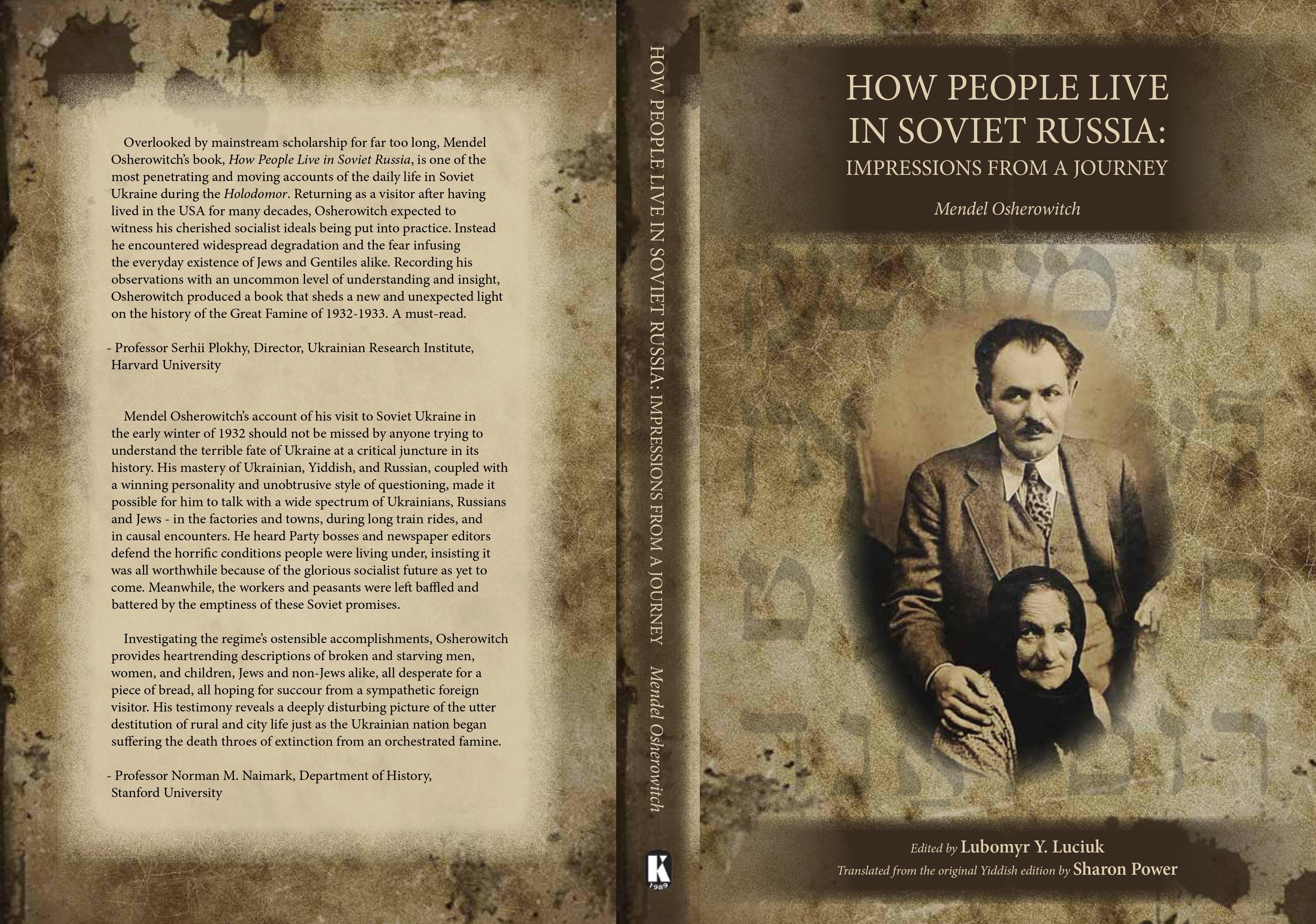 Mendel Osherowitz. An Unheard Story about the Holodomor Is First Available in English

“HOW PEOPLE LIVE IN SOVIET RUSSIA” is a book by American journalist of Jewish origin Mendel Osherowitz, now available in English.

Mendel Osherowitz was born in 1898 in the city of Trostianets, Vinnytsia region. In 1910 he came to New York, where he began working as a journalist for the daily Jewish newspaper Forward.

In 1932, the editorial board sent Mendel to Ukraine because he knew the its language, culture, customs and mentality. The correspondent traveled through the Soviet Union in February-March 1932 on the route Odesa — Moscow — Trostianets — Tulchyn — Kharkiv — Rostov-on-Don — Odesa. ODPU agents accompanied the journalist on a trip to these cities. Of course, they tried to show only the welfare of the state. The book mentions how plates of black caviar were served for breakfast at the hotel, and whole pieces of butter were added to the bread.

According to Osherowitz’es recollections, most of those with whom he talked in Trostianets complained of starvation. He often did not recognize people he knew from childhood. They wore rags and looked emaciated. Starvation became commonplace and did not surprise anyone except the visitor.

In 1933, after the return of the correspondent from the USSR, the book “How People Live in Soviet Russia” was published. It tells about the Holodomor in Ukraine. The book was published in Yiddish, so it did not become widely known.

The book is now available not only in Yiddish but also in English. Sharon Power translated the publication, and Lubomyr Lutsyuk, a Canadian historian and geographer of Ukrainian origin, edited it.

In 2017, linguist Oksana Shcherba translated a book about Mendel Osherowitz’es journey into Ukrainian for one of the publishers. However, the publication of this work is currently delayed, and we look forward to it.