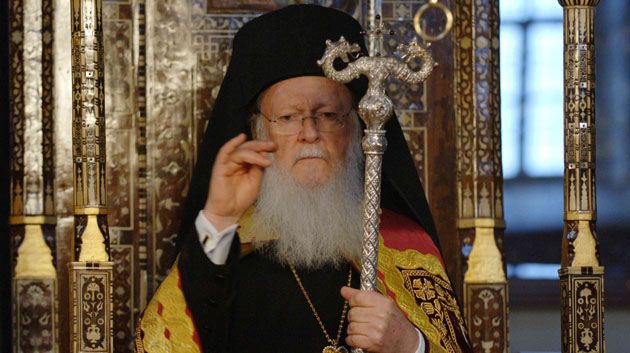 Ecumenical Patriarch Bartholomew described the tragic events in Ukraine in 1932-1933 as “demonically inspired barbarism” by Stalin, according to Ukrinform.

On November 26, 2017, during the Sunday sermon, the Ecumenical Patriarch mentioned the crime of the Holodomor-Genocide.

“As Orthodox Christians, we duly celebrate the 84th anniversary of this atrocity. We remember the demonically inspired barbarism that Stalin demonstrated against the spirituality of the Constantinople Mother Church. We grieve for the lost. We grieve with those who are alive”- said the Ecumenical Patriarch.

He stressed that millions of innocent people were killed during the Holodomor. Particularly ordinary workers, peasants, children, clergy and lay people who lived peacefully and worked for the benefit of their country were affected, added the Ecumenical Patriarch.

According to him, now it is necessary to do everything possible to prevent the repetition of such atrocities in the modern world.

“Unfortunately, we cannot change the events of the past, but we can study them and analyse them deeply, so that everything in our life can be avoided in our modern world to prevent repetition of such atrocities in the future,” he said.

The Ecumenical Patriarch also pointed to the fortitude of the Ukrainian people, who were neither defeated nor destroyed.

“We praise the fortitude of the Ukrainian people, who were neither defeated nor destroyed, but patiently and confidently rose after its destruction. Ukraine continued and continues its journey as an absolutely independent and sovereign nation, and it has the right to have this route, promising an even brighter future and yet more united people at every level. Because it is the right of Ukraine”, he concluded.