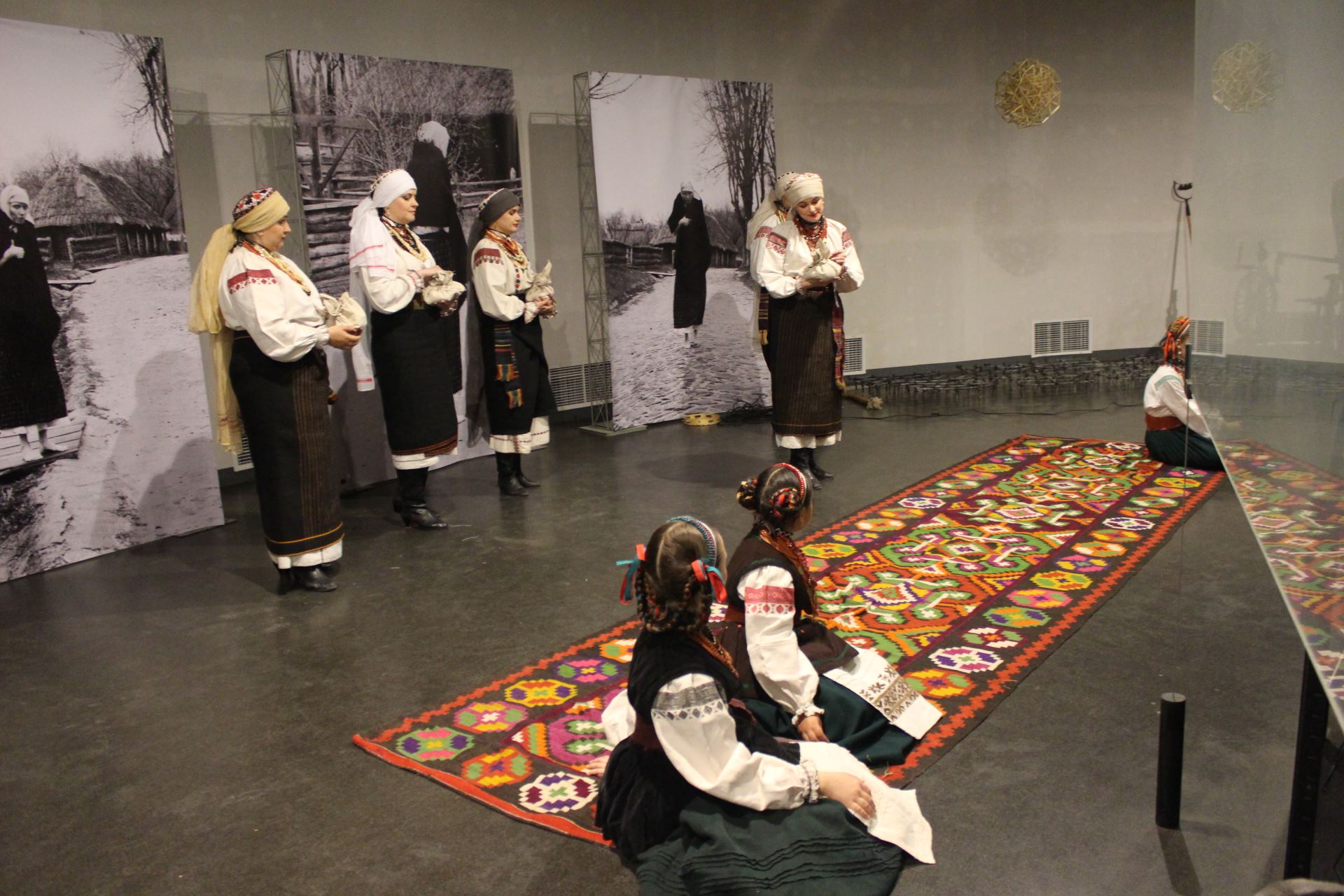 On  May 18, 2017 to the International Museum Day and to the Day of Remembrance of the Victims of Political Repression in the Holodomor victims’ Memorial was held an Art meeting within which the visitors of the museum watched the Ukrainian first sound movie “Enthusiasm (Symphony of Donbass)” (1931), filmed by the master of world cinema to graphy DzygaVertov.

The second part of the event was the performance “The grain is growing …” performed by the members of the group “Ethno-workshop Kolo” from Vinnitsa, under the direction of Easter eggs painting master Natalya Sentemon and with participation of folklorist, masters of Montana doll (reeled doll) and wax whisk making Julia Vasyuk, master of pottery Victoria Nikolaeva, master of vytynanka Anastasia Filinska and masters of art photo, collector Inna Ermakova.

The folklore event appealed to the problem of immensity of national disaster which happened to Ukrainian people in the XX century–Holodomor and the nowadays war, which continues on the East of Ukraine.

“The neighbors sowed the chaff –for us is to collect the lie. Threw a betrayal into the black soil– we are harvesting the war. The meanness grew–the death we will collect everywhere “- was an echo in the museum’s hall:

And pure people – young, fearless, will start seeking the truth and will learn that there are inviolable laws in the world. What everyone is a master in his or her own house and has a right not to open the door. That custom, law, given by ancestors – can’t be broken, and our children will answer for betraying. For the land, given by God– we are responsible, and for the seeds, and for the harvest. And for our silence – it is for us to die.

The people will see things clearly. The buzz on squares will show those who are not from our land. And the bright people will burn the blood debt, and will protect us from strangers in the field. Those who are best will go … Their children will never remain silent and will not leave this right for us. We will finally call the war – war, the death – murder. And the appropriate punishment –for all killers! And many years for all those who are for the truth!

We are grateful to everyone who were with us on this day and supported our guests from Vinnitsa. Our special thanks for Alexander Dovzhenko National Center for their assistance in film screening.