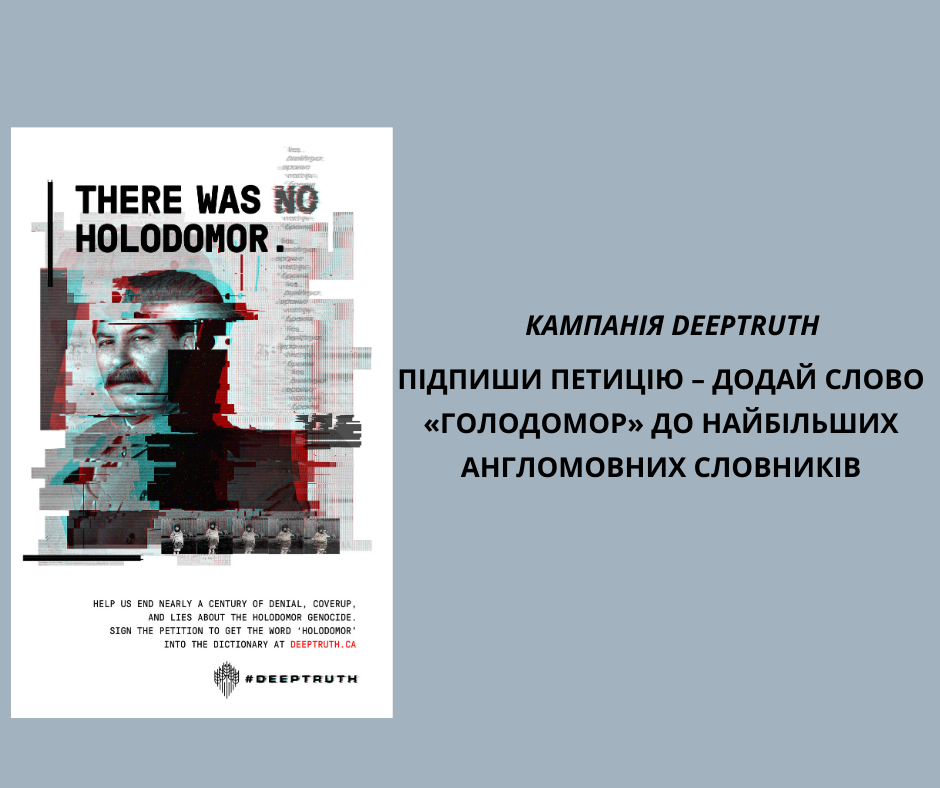 Petition: Add the Word “Holodomor” to the Largerst Ukrainian Dictionaries

The Holodomor National Awareness Tour, a Canadian government-sponsored campaign that informs people about the Holodomor, has launched a new project. It aims to promote the word “Holodomor” in leading English dictionaries.

Six weeks ago, on July 21, 2020, the organization launched an online petition calling for including the word “Holodomor” to the leading English dictionaries – Oxford, Merriam-Webster and the online dictionary Dictionary.com, – Radio Liberty informs.

The interim results of the campaign are impressive:

You can learn more about the campaign by following the link.