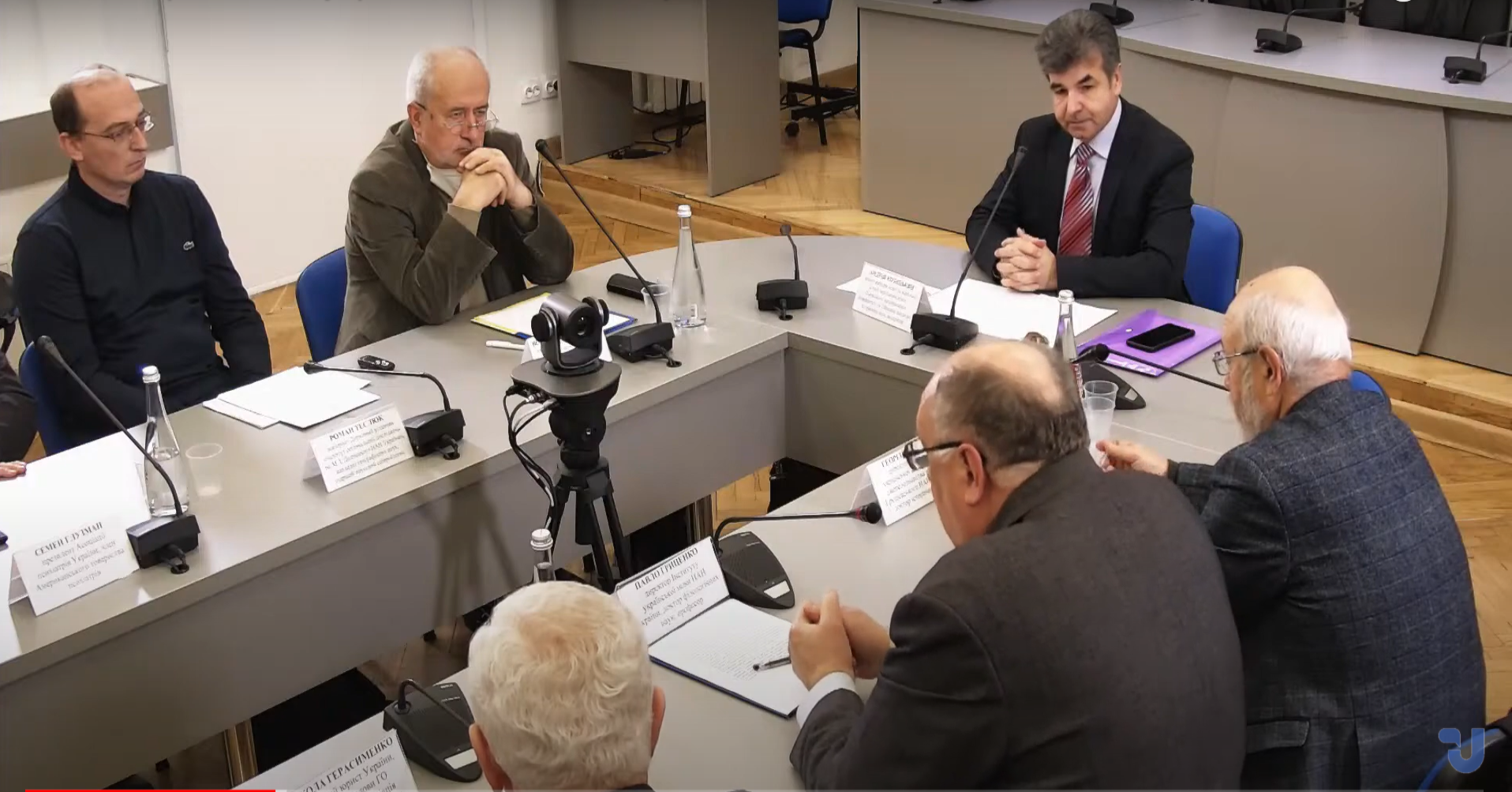 At an event organized by the International Association of Holodomor Genocide Researchers, Ukrainian scientists presented a new method of counting Holodomor genocide victims, which showed a death toll of 10,500,000 Ukrainians.

Volodymyr Pylypchuk, Doctor of Law, Director of the State Scientific Institution “Institute of Information, Security and Law of the National Academy of Legal Sciences of Ukraine” said:

“I believe the issues we are discussing today affect millions of our compatriots’ families who live in Ukraine and abroad today. My family, like many others, suffered in 1932 and 1946. These were both who died and relatives who were deported from Ukraine.

From the point of view of legal aspects, I would like to draw attention, first of all, to numerous international acts and our national legislation. These include the 1948 United Nations Convention on the Prevention and Punishment of the Crime of Genocide. In particular, it defined “genocide” as acts committed with the intent to destroy, in whole or in part, any national, ethnic, racial, or religious group. That is the first ground from which we must move forward.

Next, there are two conventions: The 1968 UN Convention and the 1974 European Convention. It established the non-application of the statute of limitations to crimes against humanity and war crimes. Accordingly, the European Parliament Resolution of 2008 legally recognized that the Holodomor of 1932–1933 was a crime against the people of Ukraine and a crime against humanity. There is an international basis for further work, for further research in this area.”

“Two comprehensive examinations were carried out. It is historical-criminological and statistical-criminological. Several aspects of the conclusions. First, genocide was committed against Ukrainians, against the Ukrainian nation. The second is that the mechanisms for killing people were identified. This is the Holodomor, this is the use of extreme punishment – executions, deportations…. In general, the preliminary figure is 10 million 500 thousand Ukrainians who died in 1932-1933. As already announced, 4 million of them are children. ”

Pavlo Hrytsenko, Director of the Institute of the Ukrainian Language of the National Academy of Sciences of Ukraine, Doctor of Philology, Professor, noted: “The structure of the RSFSR was the first to be put in order, and a significant part of Ukrainian territory was to be taken away from Ukraine…The intellectual “head” of the nation was taken away, and in fact, the humanitarian component of the Academy of Sciences was dismantled. Especially those who had Ukrainian-centric views, Ukrainian-oriented, that is, it was necessary to remove, respectively, those who gave birth to these and endowed supported the ideas of Ukrainian-centrism.”

Heorhii Papakin, director of the Institute of Ukrainian Archaeography and Source Studies, during his speech, analyzed available sources for studying the history of the Holodomor genocide and mass man-made famines of 1921–1923 and 1946–1947, used to conduct comprehensive examinations.

Roman Tesliuk, doctoral student of the Dolishniy Institute of Regional Research of NAS of Ukraine Candidate of Geographical Sciences, Senior Researcher presented the author’s method of counting the number of victims of the Holodomor genocide, which determined the number of Ukrainians killed in 1932-1933 in 10 million 500 thousand people.

Mykola Herasimenko, an Honored Lawyer of Ukraine, Deputy Chairman of the International Association of Holodomor Genocide Researchers, noted that a comprehensive examination revealed that 10,500,000 Ukrainians (including 4 million children) were killed in 1932-1933.

Semyon Gluzman, president of the Association of Psychiatrists of Ukraine and a member of the American Psychiatric Association, raised the issue of the tacit ban on public talks on the Holodomor and other topical issues related to the psychological aspect of the genocide of Ukrainians.

Andrii Kozytsky, Associate Professor of the Department of Modern and Contemporary History of Foreign Countries, Ivan Franko National University of Lviv, Candidate of Historical Sciences, was the moderator of the press conference.

It will be recalled that on September 7, 2021, the International Forum “Mass Man-made Famine: Remember, Honor” took place in Kyiv.