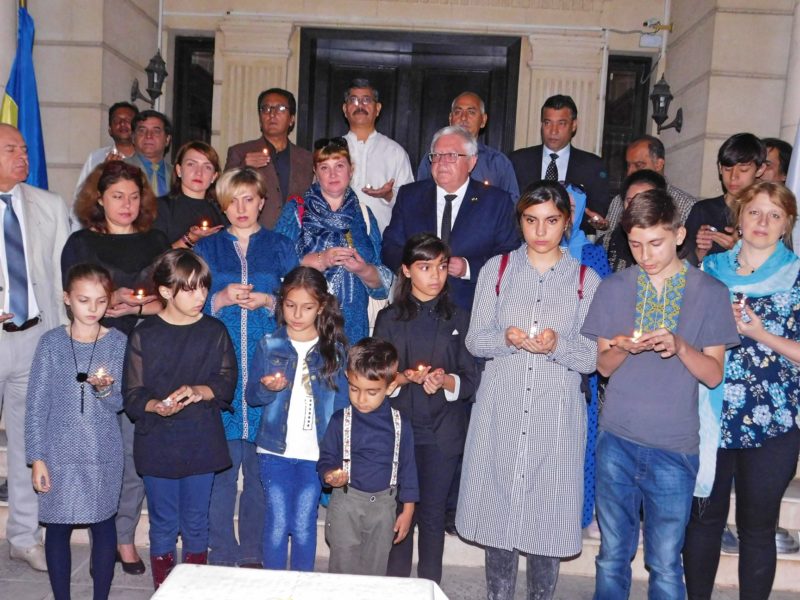 "Let's Light a Candle of Memory!" Campaign in the capital of Pakistan

On October 26, 2018, the “Let’s Light a Candle of Memory!” action was held in the city of Islamabad, the capital of the Islamic Republic of Pakistan, according to the information resource DND.

Representatives of the Association of Graduates of Ukrainian Universities, employees of the Embassy of Ukraine and the Ukrainian community of Islamabad joined the Action.

Speaking at the ceremony, Volodymyr Lakomov, Ambassador Extraordinary and Plenipotentiary of Ukraine to Pakistan, told the story of Holodomor, which was the result of the criminal actions of the Soviet regime on the territory of Ukraine. The ambassador noted that Ukrainians as a nation would never forget the crimes committed by the Soviet Union.

Dr. Sawar, Head of the Association of Ukrainian University Graduates, stressed that Ukraine had experienced terrible times when it was part of the USSR.

The campaign, which began 85 days before the Holodomor Memorial Day, on November 24, 2018, is aimed to unite the Ukrainians from around the world and citizens of other countries to commemorate one of the greatest crimes in the history of mankind of the twentieth century.