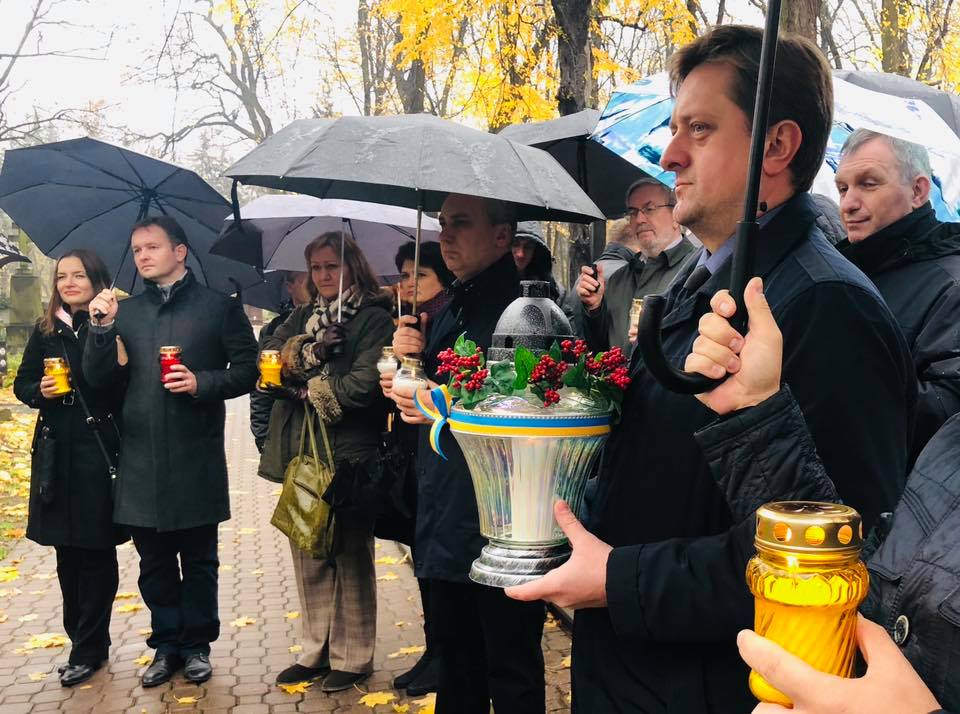 Representatives of the Ukrainian community of Poland and Ukrainian diplomats joined the action "Let's Light a Candle of Memory!"

Ukrainians lit the candles of memory near the monument to Holodomor victims at the Volsky cemetery of the Polish capital, the Embassy of Ukraine in the Republic of Poland informs.

“Today Warsaw joined the world action “Let’s Light a Candle of Memory!”, devoted to the 85th anniversary of Holodomor in Ukraine in 1932-33. Together with the Ukrainian community and students of the Ukrainian Saturday Schools, employees of the Embassy of Ukraine in the Republic of Poland at the Volsky Orthodox Cemetery lit the candles and read out the names of 85 children, the innocent victims of the genocide of the Ukrainian people, near the memorial to the Holodomor victims “, – informs the diplomatic representation of Ukraine in the Republic of Poland.

The advisor-envoy of Ukraine to Poland Vasyl Zvarych and the chairman of the Association of Ukrainians in Poland Peter Timа spoke to the participants of the commemorative event. They stressed that it was necessary to preserve the memory of these tragic events of the beginning of the XX century and to pass it on to the next generations.