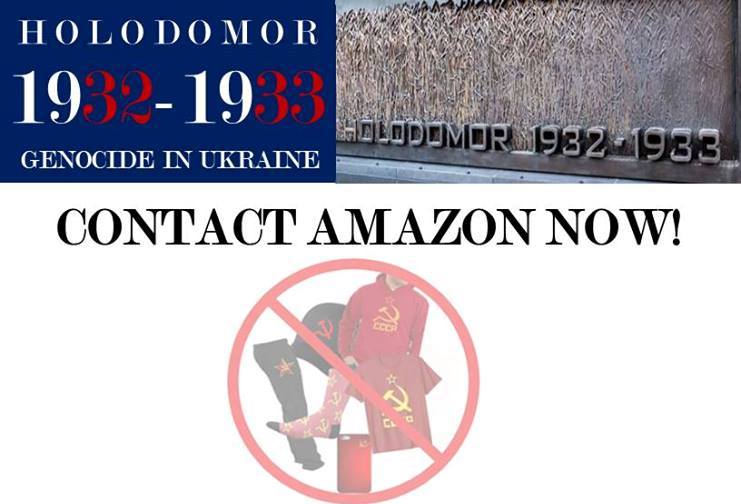 At Amazon.com you can easily and quickly buy a diversity of products – from books to clothes and souvenirs, but the Internet service does not care enough about his face as a brand andallows to sell things with Soviet symbols on his platform. In particular, the U.S. Committee for Ukrainian Holodomor Genocide Awareness spoke out against such disregard for humanity. He called on diverting the sales giant attention to the problem by filling out and sending a petition to the technical support of the site (or by tagging Amazon on Twitter) if you came across a good in the online-catalogue that is against the ethics of human rights.

“Soviet era symbols such as the hammer and sickle that are displayed on these products are especially disturbing. These symbols represent a repressive regime that committed tremendous crimes against humanity, in particular the 1932-33 genocide in Ukraine, the Holodomor . As the Ukrainian nation commemorates the 85th anniversary of the Holodomor-Genocide this year, it is incumbent upon all Ukrainian Americans to send a clear message to Jeff Bezos, CEO of Amazon.com, Inc., and demand that these products be immediately removed from the company’s inventory”, stated the American Committee .

The effectiveness of such a method is proven by the case with another sales-giant – multinational retail corporation Walmart, which removed items with Soviet symbols from their shelves after public indignation.