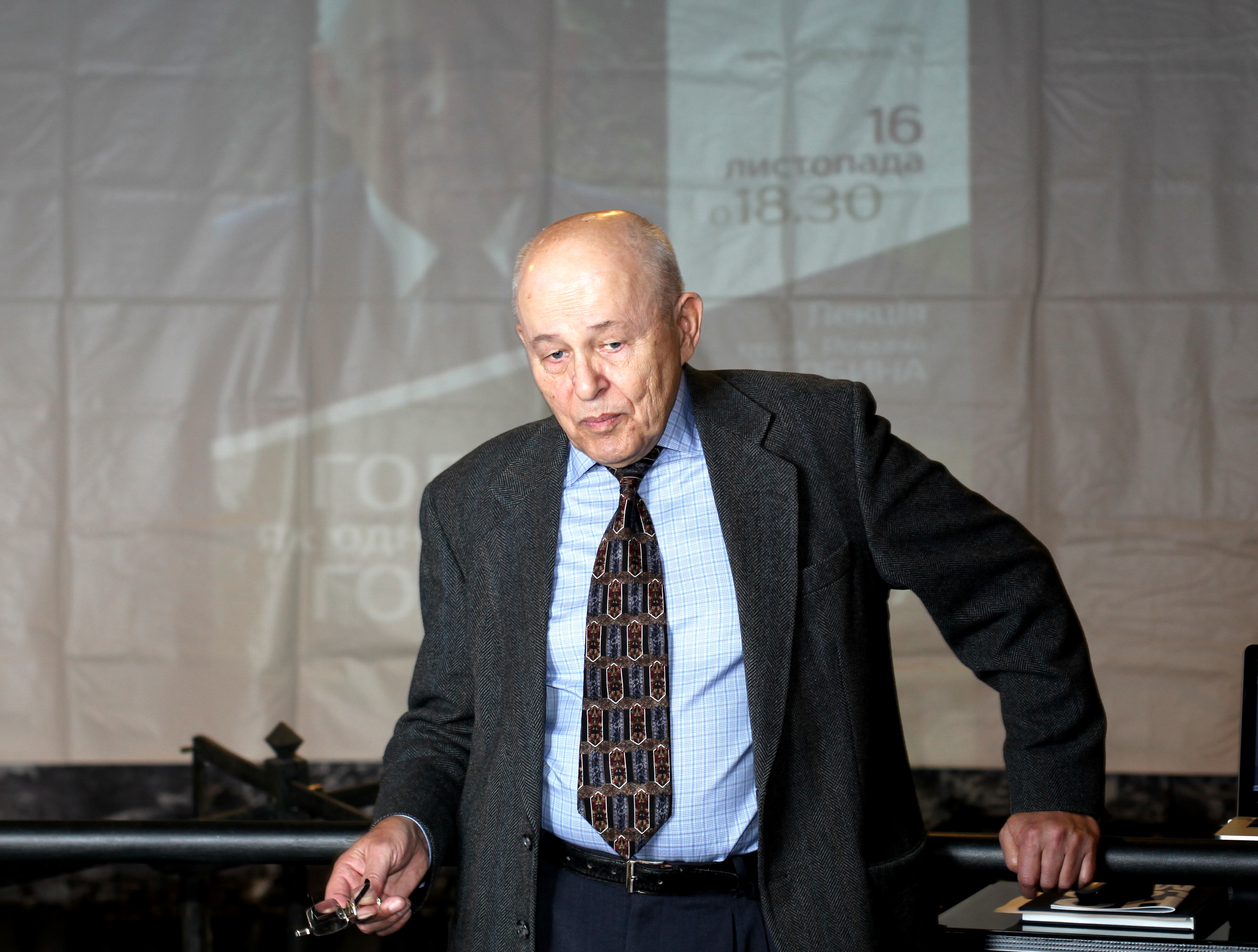 Shortcomings and harmfulness of Red Famine by Anne Applebaum

The two monographs, The Harvest of Sorrow and Red Famine are the result of the initiative of the Ukrainian Research Institute at Harvard University (commonly known as HURI). The Institute’s creation was inspired by the Ukrainian diaspora’s desire to found an academic center for informing the world about Ukraine in a scholarly way. Robert Conquest and Anne Applebaum, two well-known experts of Eastern Europe, although not specialists in Ukrainian history and not of Ukrainian descent, were persuaded to undertake a scholarly analysis of Stalin’s crimes in the 1930s against the Ukrainians. James Mace, a young American historian, who did his doctoral studies with prof. Roman Szporluk and became an expert on the national problem in Soviet Ukraine was hired as a researcher and consultant for Robert Conquest. As for the monograph of Ann Applebaum, according to prof. Stanislav Kulchytsky, “two important teams of [of researchers, at] the Institute of Ukrainian History in Kyiv and the Ukrainian Research Institute at Harvard were working on the monograph by Anne Applebaum”[1]. I agree with my colleague on the benefits of a comparative analysis of the two works, but do not agree with his conclusions about the achievements of the monograph by Anne Applebaum.

Each monograph was meant to respond to the challenge of its time and had to be realized in the limits of the existing working conditions. The researchers had to identify and give a scholarly solution to the main issues regarding Stalin’s crimes of the thirties. Access had to be found to documents in Western and Soviet sources and their reliability and usefulness ascertained. Finally, all this work had to be done in the prevailing political atmosphere and the existing conditions and opportunities for academic work.

In the early 80’s, the Soviet government categorically denied all accusations of an artificial Great Famine in Ukraine. In the West, Soviet denial was supported by communists while the academic world was either skeptical or indifferent to this issue. At that time, the main task was to gather as much knowledge about the Famine, to examine its nature and determine its causes. Although the Soviet archives were closed to Western scholars, there was enough information in Western diplomatic and other archives, in the memoirs of Western visitors to the Soviet Union and in the literature of Ukrainian emigrants, to allow Robert Conquest, with the help of James Mace, to give an unequivocal answer. The Harvest of Sorrow provided documentary proof that such crime did occur, that it was not caused by natural catastrophes, and that it was deliberately organized by the Soviet regime. Stalin and the Communist Party bear full responsibility. Curiously, Conquest devoted less than one page to the discussion of the Ukrainian genocide, although the book contains enough evidence to solve that question as well. In my opinion, the main reason why he left that issue unresolved was the fact that neither he nor James Mace had seen Lemkin’s essay, “The Soviet Genocide in Ukraine,” which contained a legal conceptualization of the genocide of Ukrainians.

During the thirty years following the publication of The Harvest of Sorrow the situation has radically changed. The collapse of the Communist Party and the breakup of the “Evil Empire” resulted in the progressive opening of Soviet archives. New documents supplemented historical knowledge with important facts and new perspectives. Russia gradually ceased to deny the historical reality of the famine. In Ukraine and in the West, the Ukrainian famine became an important subject of heated discussions about the crimes of Stalinism. With time, Robert Conquest’s scientific research needed to be updated, while the issue of genocide became the main challenge of the times, especially as Russia continued to reject such qualification of Stalin’s crimes against the Ukrainians.

The most useful aid for the understanding of the Ukrainian genocide and for formulating a comprehensive conceptualization of the notion of Holodomor is undoubtedly Lemkin’s essay, mentioned above. Lemkin wrote this paper in 1953, but, regrettably, its theses became known to the Ukrainian scholars only in 2008 and, only after that date, they were incorporated into academic research. The author of the concept and the term “genocide” not only recognized Stalin’s crimes as «genocide against the Ukrainian nation», he also formulated a seminal conceptualization of the nature and the mechanics of this crime, which needed to be developed further in subsequent studies. This was a challenge left for future researchers to tackle.

Lemkin’s formulation of a comprehensive understanding of the horrendous crime consisted of a four-pronged attack against the Ukrainian nation. He rejected the narrow definition of the Ukrainian genocide which limits it to the notion of starvation which was aimed at the Ukrainian farmers. He explained that the genocidal intention of destroying (N.B «destroying», not «killing») the Ukrainian nation was carried out by killing some Ukrainians (peasants were starved to death, intellectuals and priests were killed by bullets or other means), while “remaking” the rest of the population was being remade “to fit the pattern of one Russian nation”. Thus, already in the second half of the 20th century, the Father of the Genocide Convention, rejected the reductive concept of Ukrainian genocide — «an attempt to dismiss this highpoint of Soviet cruelty as an economic policy connected with the collectivization of the wheat-lands, and the elimination of the kulaks, the independent farmers, as therefore necessary»[2].

The main shortcomings of Anne Applebaum’s monograph are her faulty understanding of the definition of genocide in the Genocide Convention (1948), erroneous application of the Convention’s criteria to Lemkin’s conceptualization of the Ukrainian genocide, and deficient use of the large number of new documents at her disposal for the analysis and explanation of the Ukrainian genocide. For these reasons, the new monograph by Anne Applebaum does not meet the challenge of the times, and, in comparison with its predecessor — Robert Conquest’s The Harvest of Sorrow — is a step backward in the historiography devoted to the Holodomor, not in the etymological sense of the term “holodomor — debilitate by hunger” but in the sense of the genocide against the Ukrainians.

In my opinion, the translation Red Famine into Ukrainian, without the monograph having first undergone a thorough correction and revision, and its dissemination among Ukrainian readers is harmful. The authority of a Western scholar-publicist will serve to promote a confused explanation and a mistaken understanding of the Holodomor. First as a claim that the notion of Holodomor as genocide applies only to the etymological sense of the term: “starvation of Ukrainian peasants.” Second, the author in fact rejects the claim of Holodomor as genocide, in accordance with the UN Convention:

“The Convention finally passed in 1948, … [N.B.: The following quotation from the U.N. Convention was added in the Ukrainian translation: ‘genocide means any of the following acts committed with intent to destroy, in whole or in part, a national, ethnical, racial or religious group, as such’ – R.S.]. But the legal definition was narrow, and it was interpreted even more narrowly in the years that followed. In practice, ‘genocide’, as defined by the UN documents, came to mean the physical elimination of an entire ethnic group, in a manner similar to the Holocaust.

The Holodomor does not meet that criterion. The Ukrainian famine was not an attempt to eliminate every single living Ukrainians; it was also halted, in the summer of 1933, well before it could devastate the entire nation.” [3]

It is unbelievable how the author can add (only in translation!) a quotation from the original document (that “genocide” includes physical killing and nonphysical destruction, that the intention may be either complete or partial destruction) in which the key explanations of “genocide” contradict the statements that the author tries to convey to the reader: since the famine was not an attempt to kill all Ukrainians, the Holodomor cannot be considered as genocide because it does not correspond to the criteria of the Convention (N.B.: In the Ukrainian translation “interpretation” is substituted for “criteria”). The question arises: does a monograph with such confused interpretations of the Ukrainian genocide provide useful educational material for pupils and students in Ukrainian educational establishments?