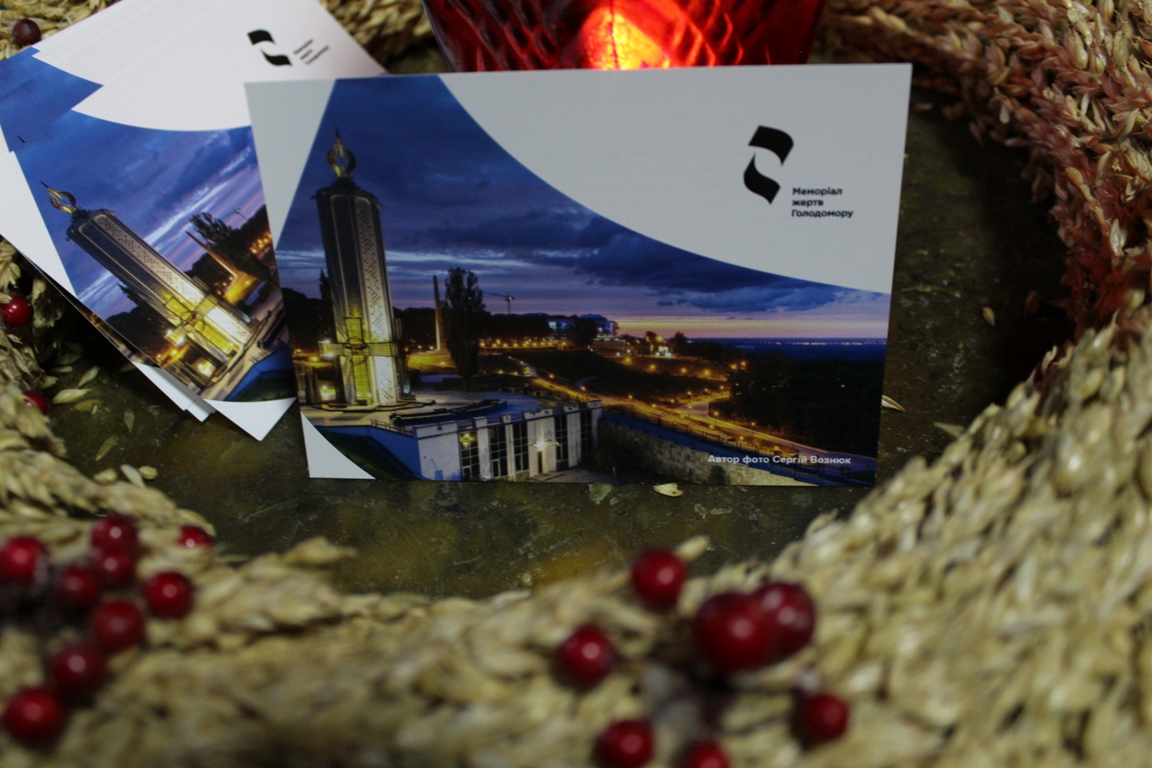 Dear friends, we have extended the range of souvenirs with museum postcards, which you can buy at the box office as a symbol of memory about visiting the museum.

Some of them are with images of well-known sculptures on the territory of the Holodomor Victims Memorial (sculpture of the girl “Bitter Memory of Childhood” and “Candle of Memory”). Another part has more ethnographic direction and philosophical content. They remind that during the years of the Holodomor and after it the deformation of traditional culture took place, they make us think about a deeper measure of the crime committed by the communist Soviet government.

Texts on the back of the postcards are in two languages: Ukrainian and English. They can also be sent by mail. The cost of one postcard – 3 UAH.

By buying at least one of these postcards, you thereby support a museum that preserves the memory of 7 million Ukrainians killed in genocide. However, you also help us to spread information about the Holodomor when sharing leaflets with family and friends.

Let’s remember in order not let it happen again.