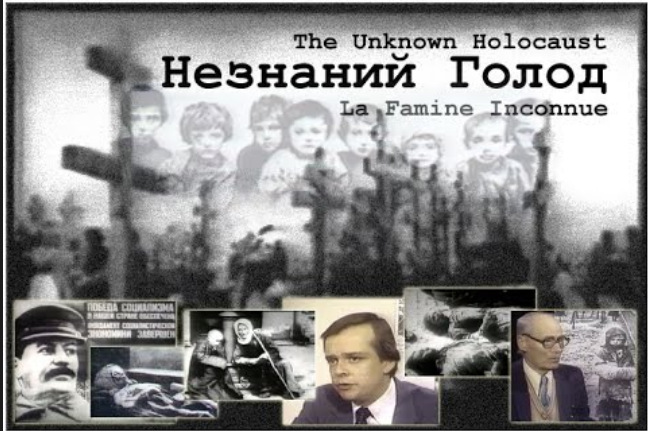 Taras Hukalo, the author of the film “The Unknown Holocaust,” died

Journalist and public figure Taras Hukalo, the author of the first film about the Holodomor, “The Unknown Holocaust,” died in Canada. 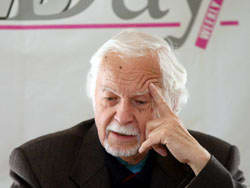 Taras Hukalo was born on March 12, 1933 in the family of Andrii and Evdokia Hukalo in Montreal. The boy was born at the height of the Holodomor genocide. Later, he repeatedly emphasized that he was born when his people were dying. Therefore, his mission in life was to tell others about the tragedy and achievements of his people.

Taras Hukal passed away on July 30, 2022, just when his people were dying again in the pursuit of freedom (in today’s war of Russia against Ukraine and the entire democratic world).

As a producer-director and cinematographer, he produced 1,500 hours of footage of the Montreal-based weekly television program Tele-Ukraine, which aired on CF cable and Videotron (Television ethnique du Québec) from 1990 to 1997. He also created a series of documentaries about Ukraine and Ukrainians on Radio Quebec Television, including, in 1983, the world’s first documentary about the Holodomor, called “The Unknown Holocaust.”

The storyline of this historical documentary film is based on interviews of living eyewitnesses and researchers of the Holodomor of 1932-1933 in Ukraine. Commentaries for the film were provided by famous scientists Roman Serbyn and Marko Tsarynnyk, as well as the still very young 31-year-old Dr. James Mace of Harvard University, with whom the author of the film spent countless hours. “It was not a natural disaster, but the result of the government’s policy,” James Mace emphasized the causes of the Holodomor in Ukraine and added that “those who then caused famine in Ukraine are still walking the streets of Moscow today.”

In Ukraine and the Soviet Union in general, let’s recall, at that time, the subject of the Holodomor was forbidden and taboo. At the same time, the film mentions the deportation of the Ukrainian population, the destruction of the church and cultural  figures and the intelligentsia, as well as the concealment of the truth about the Holodomor. That is, even then, in 1983, the film led to the idea of the genocidal basis of Stalin’s sinister plan.

This little-known documentary was the first film about the Holodomor in Ukraine, ahead of even the now well-known “Harvest of Despair,” which was also made in Canada.

In 2009 “The Unknown Holocaust” film was broadcast nationally in Ukraine as part of the national commemoration of the victims of the Holodomor – genocide.

In 1992, Taras Hukalo visited Ukraine for the first time, and after that, he often visited his historical homeland. He was honored by the Ukrainian government and spoke at many institutions in Ukraine, including the Kyiv-Mohyla University, Ostrovska Academy, the universities of Chernihiv, and Nizhyn, as well as at many elementary and high schools.

Shortly after Ukrainian Independence, Taras helped initiate the first live satellite link between Canada and Ukraine and aided Ukraine in getting its unique country code, +380. In 2009, with the cooperation of the Ukrainian Ministry of Culture, he went on to spearhead a poster project about millennia of accomplishments and world contributions of Ukraine and Ukrainians, which became a highlight of Montreal and Toronto’s annual Ukrainian festivals.

You can watch the film “The Unknown Holocaust”  here.