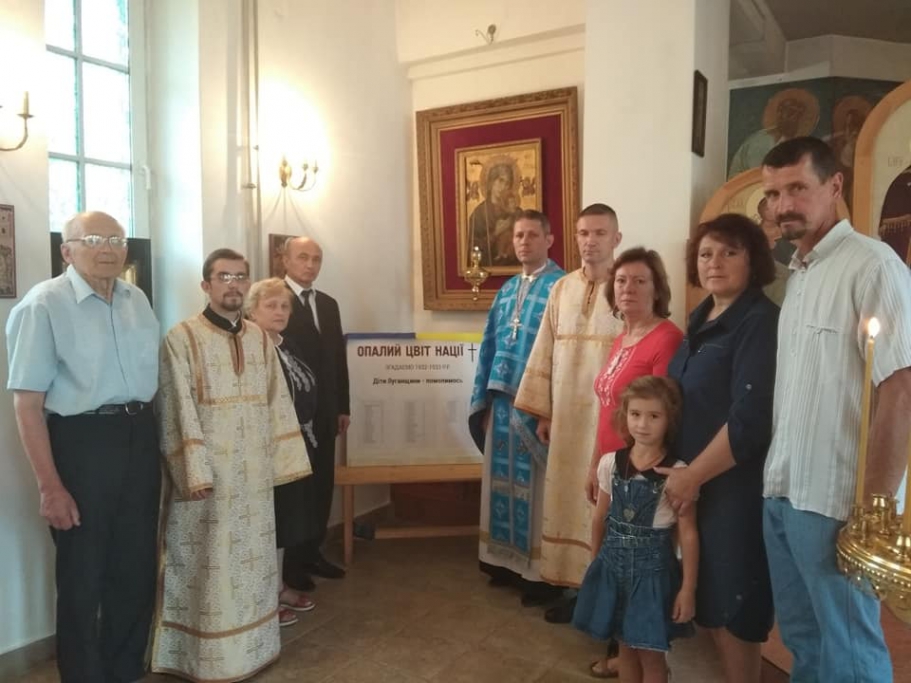 The action "Let`s Light a Candle of Memory!" in Minsk

On September 8, 2018, a memorial service, dedicated to the Holodomor victims of 1932-1933, took place in Minsk in the Mother of God’s Relentless Assistance Greek Catholic Parish. During the prayer service, the names of 85 children from the Bilovodsk and Bilokurakin districts of the Luhansk region of Ukraine, who died as a result of the terrible crime of the authorities of the former USSR, were mentioned, the press service of the Ministry of Foreign Affairs of Ukraine informs.

“The memorial service on the 85th anniversary of one of the most terrible crimes in the history of Ukraine and of all mankind was attended by representatives of the Ukrainian community of Belarus, the Embassy of Ukraine in the Republic of Belarus, as well as by the residents of the Belarusian capital.

The eternal memory of the victims of the Holodomor! “- is said in a message.

Also, on September 8, the action was held in Australia and Senegal.

Recall, September 7th Action “Let`s light a Candle of memory!” was held in Armenia and Mozambique.