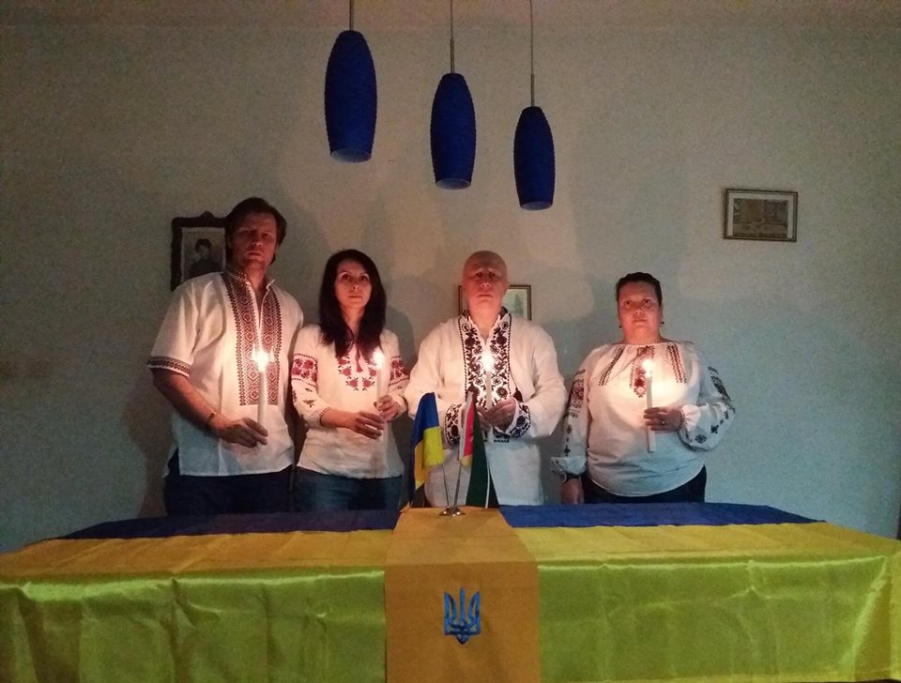 The action "Let`s Light a Candle of Memory!" is already on the African continent

On September 7, 2018, the Ukrainian community of the Republic of Mozambique took part in the International Action to commemorate the 85th anniversary of the Holodomor of 1932-1933 in Ukraine “Let’s Light a Candle of Memory!”. The event took place in the capital of the country, the city of Maputo – the information site of the World Congress of Ukrainians devoted to the Action tells.

“Ukraine’s position on the issue of the Holodomor is not directed against anyone, but Ukrainians feel obliged to remember this painful history lesson. They also remember the need to remain vigilant in order to prevent such tragedies from being repeated never again and anywhere else in the world” – says the message.

The Ukrainian community of Mozambique asks the Republican Assembly (the Parliament of Mozambique) to recognize Holodomor as an act of the genocide and a crime against humanity.

To recall, on September 7 Action ” Let`s Light a Candle of Memory!” was held in the capital of Armenia.