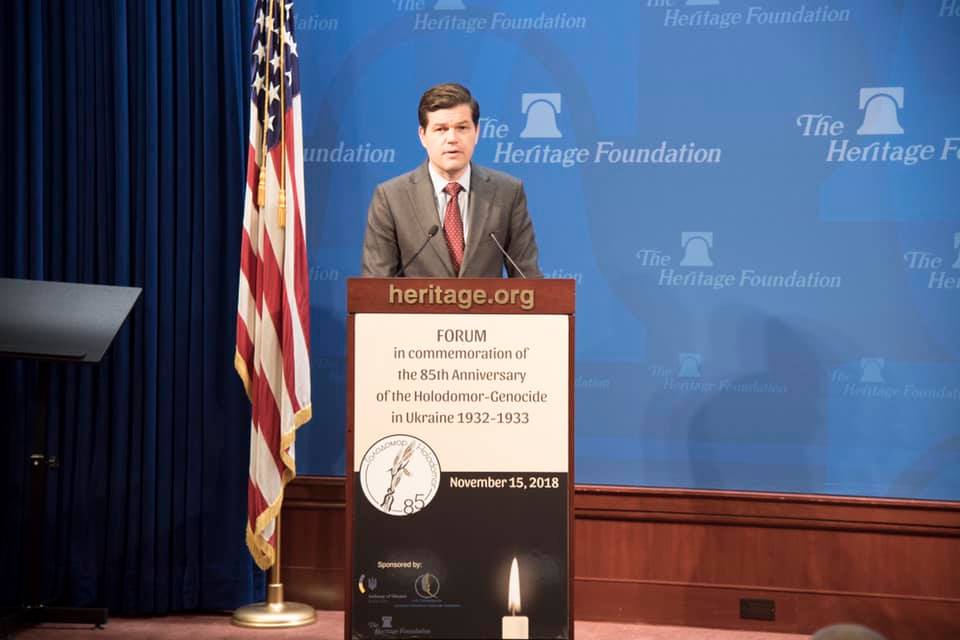 The event was attended by representatives of the State Department, the American Committee on Holodomor, the Ukrainian Foreign Ministry, US Congressmen and Senators.

This forum has been able to bring together senior officials from the United States and Ukraine to once again highlight the memory of the Holodomor victims at a high intergovernmental level and emphasize historical justice. “Today, we recall the millions of innocent Ukrainians who were killed by hunger by the bloody Soviet regime. Holodomor was one of the most barbaric events of the twentieth century and this should be recognized. This crime against humanity was the result of a deliberate policy of Stalin”, – American speakers said.

In turn, the Foreign Minister of Ukraine Pavlo Klimkin thanked for the joint honoring memory and noted that “the purpose and strategy of Holodomor was to destroy the foundations of the Ukrainian nation”.

The American-Ukrainian forum in Washington is an opportunity to talk about victims and historical crimes at the highest state and international levels, stating the truth about Holodomor to the international community.