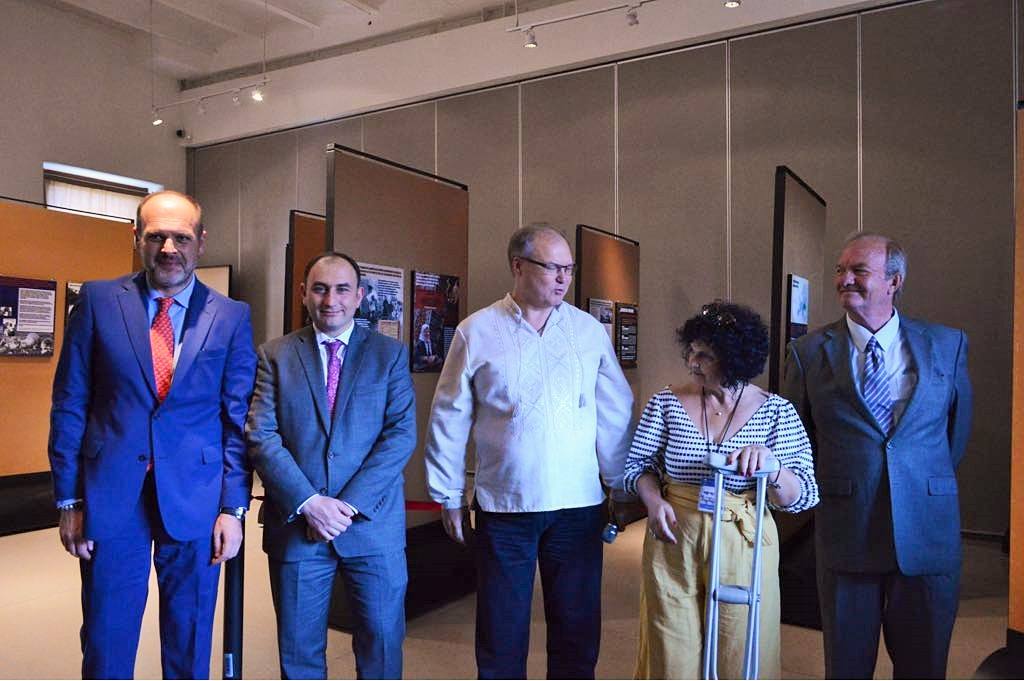 The Documentary Exhibition by Holodomor Memorial was opened in Mexico

On April 14, 2018 The National Museum of World Cultures in Mexico City (Mexico), remembering the 85th anniversary of the Holodomor of 1932-1933 in Ukraine, hosted a festive opening of the exhibition “Executed with Hunger: The Unknown Genocide of Ukrainians”. Representatives of the diplomatic corps, the Ukrainian community, NGOs and the media attended the event, organized by the Embassy of Ukraine in Mexico in cooperation with the Government of Mexico City, the press service of the Embassy of Ukraine in the United Mexican States reports.

“Speaking to the audience, the Ambassador of Ukraine Ruslan Spirin expressed gratitude to Mexico for the adoption in 2008 of the Declaration on the recognition of the Holodomor as an act of genocide against the Ukrainian people, stressing the importance of reporting the historical truth about the terrible events of the past, in order to prevent them from repeating in the future”, – the statement said.

“The Executed with Hunger: Unknown Genocide of Ukrainians” exhibition was donated to the Embassy by the National Museum “Holodomor Victims Memorial” within the framework of the cooperation of our museum with Ukrainian representations abroad.

Visitors to the National Museum of Cultures of Mexico will be able to get acquainted with the exhibition until May 13, 2018.