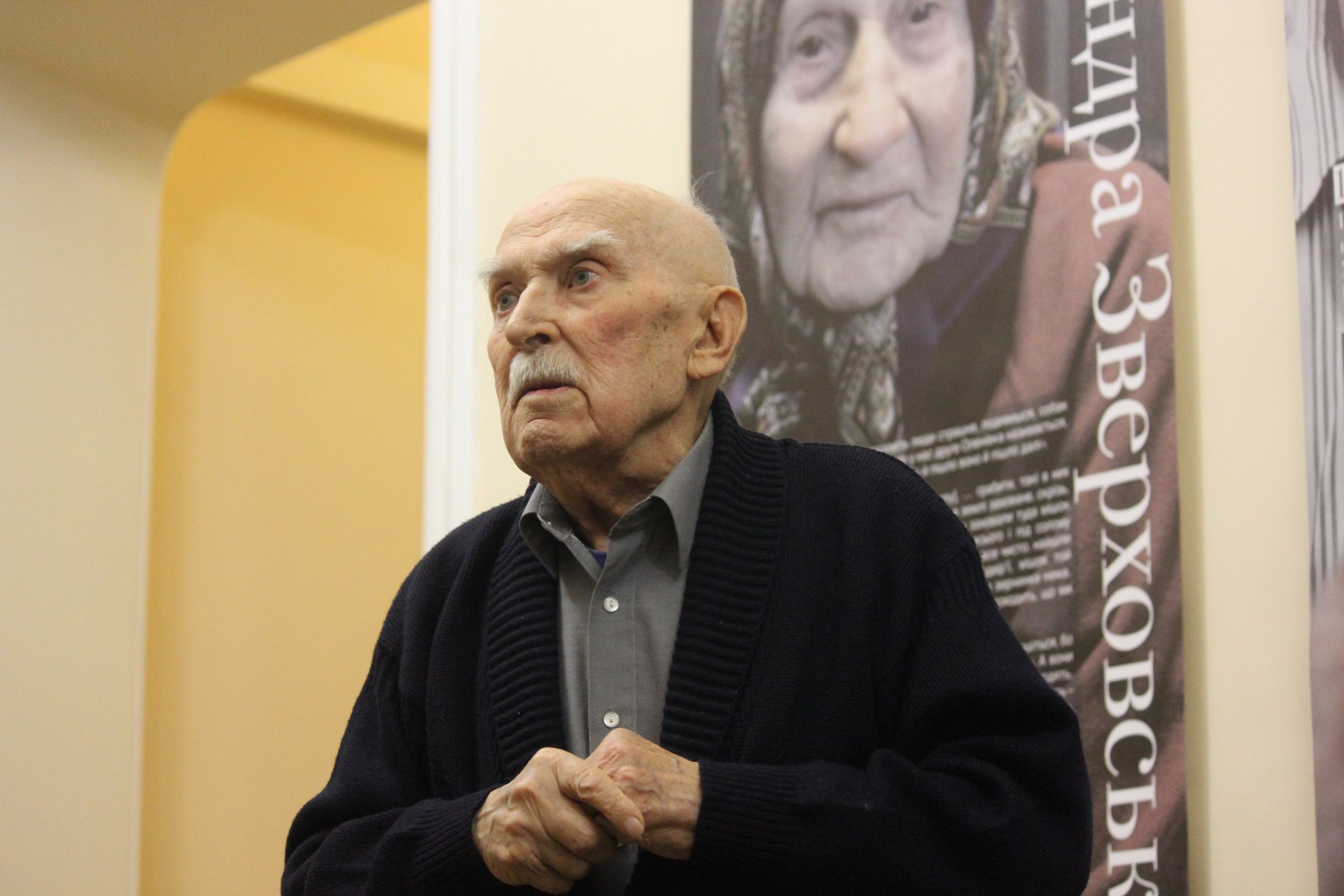 On November 8, 2018, a photo exhibition of the National Museum “Holodomor Victims Memorial” called “The Guardians of Truth” was opened at the premises of the Ministry of Culture of Ukraine.

The exhibition was presented by the Minister of Culture Yevgen Nyschuk, the Director General of the museum Olesia Stasiuk and the witness of the Holodomor-genocide Mykola Onyschenko, whose story is told by the exhibition.

“You will never be able to imagine how people looked at that terrible time. I saw them – hungry, skinny – and even though I was only seven years old, these images were reflected forever in my memory. I knew these people when they looked different. I remember how people looked like before Holodomor, and what they were after”, recalled Mykola Pavlovych.

The basis of the exhibition was the materials of expeditions of the Holodomor Victims Memorial to the villages of Fastivskyi, Baryshivskyi, Obukhivskyi and Kyievo-Svyatoshynskyi districts of the Kyiv region and Kyiv city. As a result of the expeditions, the testimonies of people who were the victims of Holodomor and witnesses of this crime at the same time were recorded.

Among them are 99-year-old Oleksandra Zverkhovska from Maryanivka, 93-year-old forced migrant from Luhans’k region Mykola Onyschenko, 96-year-old chief of the museum of local lore in Berezan Halyna Rykh and the Most Holy Patriarch of Kyiv and All Rus-Ukraine Filaret, who survived Holodomor in Donetsk .

Memories of people unfamiliar with each other impress by their similarity, each of them is an additional proof of the crime of genocide committed by the communist Soviet government against the Ukrainians. The stories of ten heroes are interwoven into a single story of the exhibition, true and emotional. At the same time, through the indescribable grief from the loss of the closest people, the lost childhood, the destroyed fate, such things are visible as the persistence of the spirit of these elderly people, the wisdom got by such a difficult life, and… their bright love to people.

Olesia Stasiuk, General Director of the National Museum “Holodomor Victims Memorial”, asked everyone to join the commemoration of the 85th anniversary of Holodomor, to light a candle of memory, and to explain why this is so important.