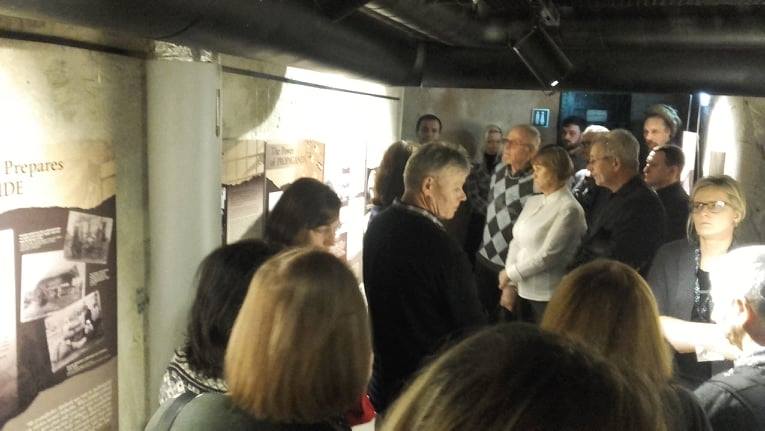 The presentations of the documentary-journalistic exhibition “We were killed because we were Ukrainians” were held in several museums, which was devoted to the 85th anniversary of Holodomor of 1932-1933.

On November 13, an opening ceremony took place in a former KGB prison in Tallinn, in which the Soviet repressive authorities kept the arrested Estonian activists for their struggle against the Soviet regime.

During October and early November, the inhabitants and the guests of Berdiansk were able to visit the exhibition. Those who did not have time to see the exhibition will still be able to do it in the Berdiansk Museum of Local Lore tomorrow, on November 16.

Also, an exposition “We were killed because we were Ukrainians” has been today presented in the historic museum of the Kamianka State Historical and Cultural Reserve (Kamianka, Cherkaskyi region).