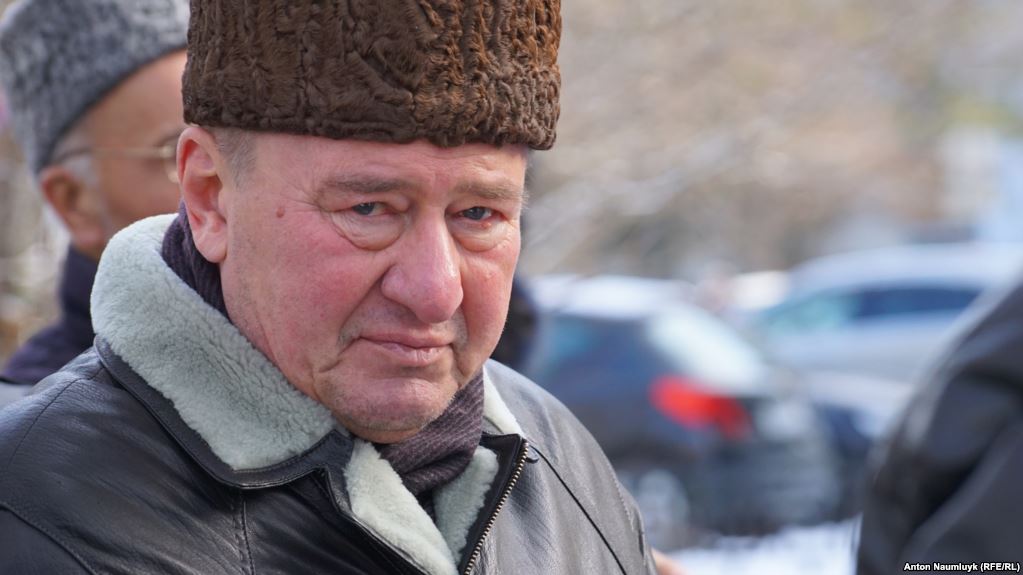 Since 2015, the National Museum “Holodomor victims Memorial” has been a member of the Platform of European Memory and Conscience – the project which is aimed at the research of the totalitarian regimes in Europe of XX century and its prevention.

A few years ago the Platform of European Memory and Conscience initiated a special prize which is awarded to people who nowadays fight against totalitarianism, advocate democratic values, the basic precepts of the rule of law and freedom of citizens. The winner can be a representative of any country what is defined by voting of the Platform members (including the museum). This award reflects the support given to the winner and is determined to protect this person from harassment by public disclosure of persecution reasons.

Ilmi Umerov, deputy chairman of the Mejlis of the Crimean Tatar people in Crimea, dissident and political prisoner of the USSR, and Russia, won this year’s nomination for the Platform of European Memory and Conscience.

The institutions and organizations participating in the Platform voted to award the Prize to Umerov recognizing his struggle against totalitarianism, the ideals of democracy, human rights and freedoms, and the rule of law.

The prize will be awarded on November 8, 2017 in Paris, France, during the Platform Conference “100 Years of Communism. History and Memory.”

Ilmi Umerov, deputy chairman of the Mejlis of the Crimean Tatar people, was recently convicted in the occupied by Russia Crimea for public statements in support of the territorial integrity of Ukraine.

On September 27, 2017, the so-called “Simferopol District Court” in Crimea sentenced him to two years’ imprisonment and prohibited him from being engaged in public activities for two years. On October 21, Umerov was admitted to the hospital due to health problems. On October 25, 2017, Mr. Umerov and another political prisoner, Ahtem Çiygoz , were released from custody.

Mr. Umerov’s health is in bad condition, so he was sent to Turkey directly from the hospital. In the end, the Kremlin said that he was “liberated on a humanitarian basis”. In the near future, Ilmi Umerov is expected to return from Turkey to Ukraine.