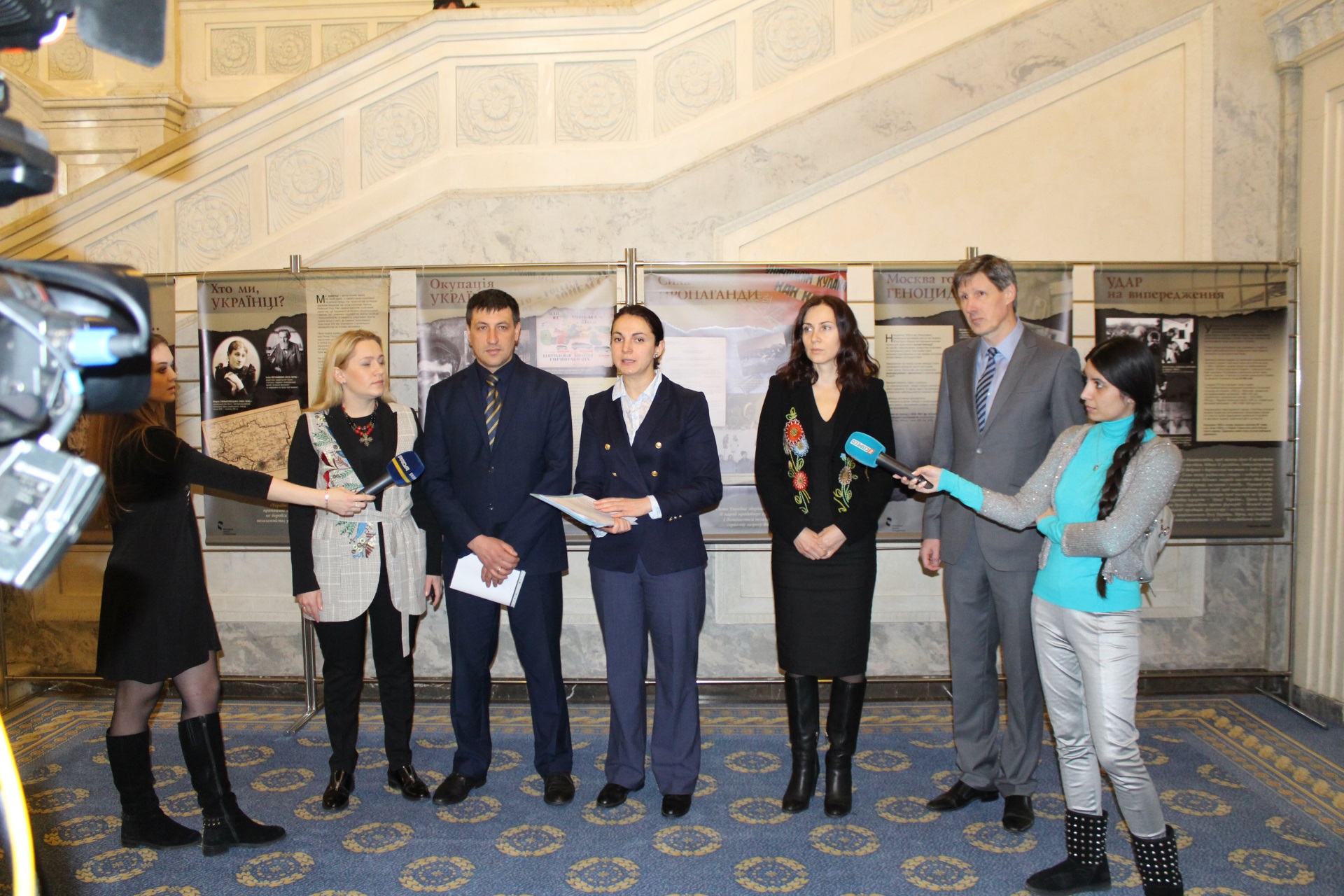 The Holodomor Victims Memorial opened the exhibition in the Verkhovna Rada

The exhibition was opened by the Chairman of the Verkhovna Rada Committee on Foreign Affairs, Anna Hopko, who emphasized that this year Ukraine and the whole world commemorate the 85th anniversary of Holodomor. She noted that one of the areas of work in ensuring the proper organization and conduction of the events is the wide informing of the world community about the history of Holodomor.

The presentation was attended by representatives of the Institute of National Remembrance, the World Congress of Ukrainians and the People’s deputies of Ukraine.