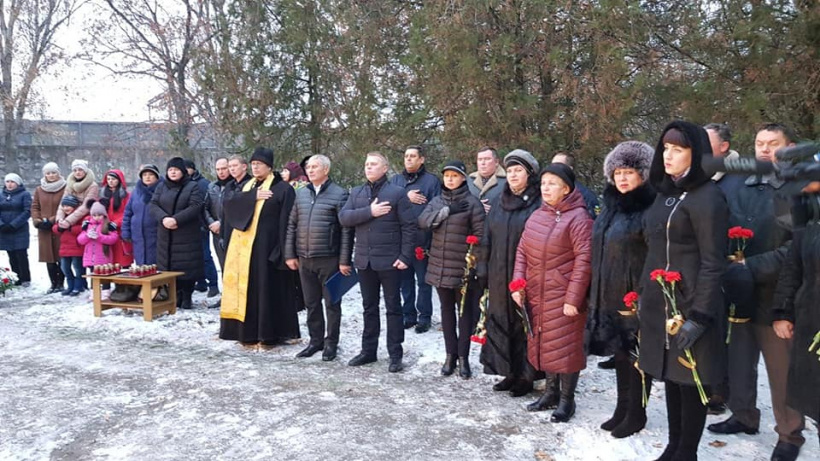 The Holodomor victims were commemorated in Donetsk Oblast

On November 24, 2018, memorial events were held in Lyman, Donetsk Oblast, to commemorate the Holodomor victims, the press service of the Donetsk Regional State Administration reported.

Representatives of the oblast and city authorities, non-governmental organizations, pupils and students, residents of the city gathered near the memorial. They had the flowers, flags and candles in their hands.

“I am sure that the Holodomor was a completely conscious policy of the Soviet leaders towards the Ukrainian people, an act of coercion and intimidation, which led to the millions of victims of innocent people,” said Oleksandr Kuts, the chairman of the Donetsk Oblast State Administration.

Pupils of the Lyman House of Culture performed the touching miniature that symbolized the  children who starved to death in 33. Dressed like small angels, the children released black balloons into the sky – a symbol of those terrible events of starvation and torture. The priest of the Ukrainian Orthodox Church of Kyiv Patriarchate performed a memorial service for the dead. After a minute of silence, people laid flowers to the memorial sign and light the lamps next to it.