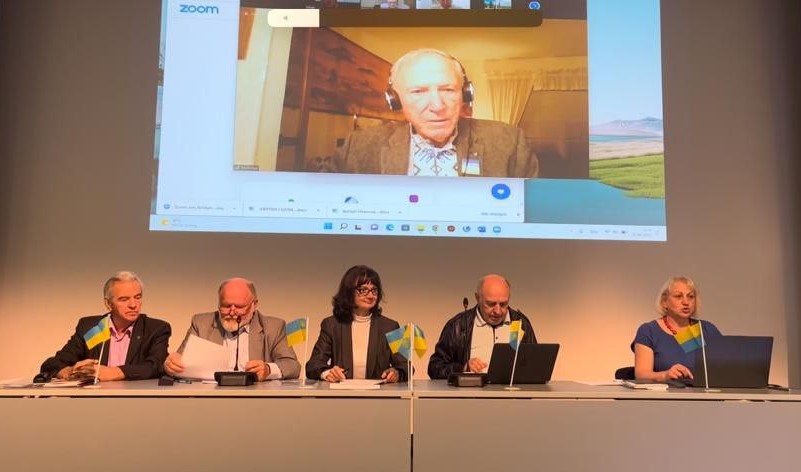 On June 10, the international scientific and practical conference “Genocide of Ukrainians: from the past to the present” was held in the German city of Essen, Svoboda.fm reports.

The conference was organized by representatives of the Ukrainian diaspora in Essen together with the Ukrainian Holodomor-Genocide Foundation (USA, Chicago), the International Association of Genocide Holodomor Researchers (Ukraine), and the Association of Holodomor Researchers in Ukraine. The city hall of Essen also joined, in particular the mayor Rolf Fliess (representative of the “Green Party”) personally. Reports were presented by scientists from four countries – the United States, Canada, Ukraine and Germany.

“The examination established the goal of the criminal policy of the communist totalitarian regime clearly. Earlier, the question was: “Yes, it was genocide, but for what? Just so that there will be fewer Ukrainians?” Now we have a clear goal – to eliminate the national liberation movement in Ukraine and prevent the restoration of the Ukrainian state. That is why after the Second World War, instead of supporting Ukraine, they created collective farms in western regions and organized a mass man-made famine. To bring each new generation to its knees with hunger,” Svoboda.fm quotes Olesia Stasiuk’s words.

The participants of the scientific conference presented a resolution appeal to the German Bundestag. Deputies are asked to recognize the Holodomor as genocide and to condemn the actions of the Stalinist regime, as well as its successor, the Putin regime.

“The Russian and Soviet empires, despite their ideological differences, had essential common features. First of all, they were united by the system of state terror, which became a tool for the enslavement of many peoples, in particular Ukrainian. “Permanent political repression, mass deportations, organized famines, denationalization and Russification of the population have become proven methods of managing the country,” the resolution reads.

“Since the communist totalitarian regime was not condemned at the time, it transformed into another evil – Putin’s raschism. It is a symbiosis of fascism and Stalinism,  Svoboda.fm quotes Olesia Stasiuk’s words – Nazism was condemned, and communism remained unpunished. Now it is a threat to the entire democratic world.”

The resolution also calls on for a more decisive response to current events: the introduction of an embargo on Russian energy carriers, the strengthening of sanctions against Russia, and the provision of heavy weapons to Ukraine.

The publication notes that one of Germany’s ruling political forces – the Green Party – responded to the scientists’ appeal. On June 11, its co-chairman Omid Nouripour spoke out in favour of recognizing the Holodomor of 1932-1933 as an act of genocide against the Ukrainian people.