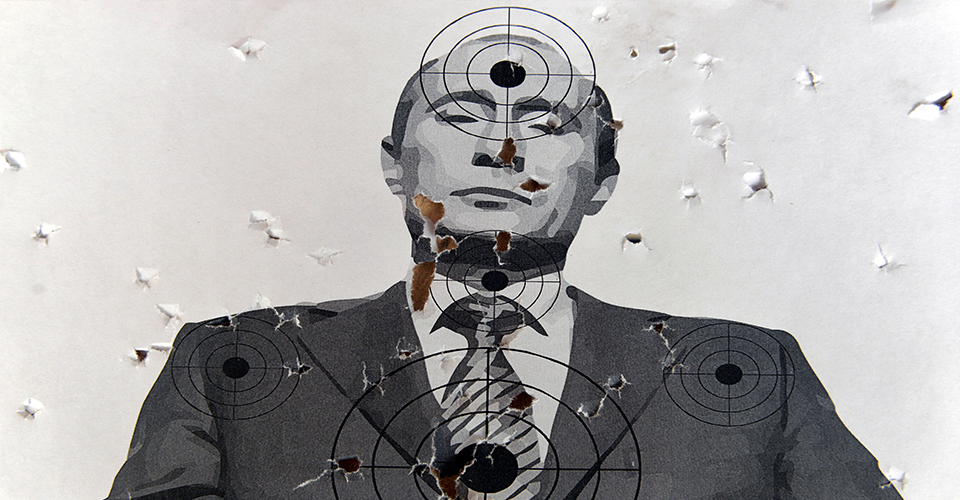 Associate Research Fellow at the Henry Jackson Society Analytical Center and Professor in the Department of Political Science, National University of Kyiv Mohyla Academy, author of the book “Russian Nationalism and the Russian-Ukrainian War.”

This Russian document clearly explains the real goals of Russia’s invasion of Ukraine, namely Vladimir Putin’s desire to turn Ukraine into a second Belarus. “Denazification” in his understanding means “liberation” of Ukraine from nationalists and “fascists” who came to power as a result of the illegal “coup” of 2014 and the creation of preconditions for the “Belarusianization” of Ukraine.

Returning to the presidency in 2012, Putin is trying to go down in Russian history as a “collector of Russian lands.” He managed to annex Crimea in 2014, Belarus in 2020, and now, it is Ukraine’s turn.

The Russian document states: “Russia is restoring its historical greatness, bringing together the Russian land and the Russian people in its entirety – the Great Russians, Belarusians, and Little Russians.” Stopping the “disintegration of Russian lands” should be the first step towards the restoration of the Soviet Union, the collapse of which, even now – three decades later – remains a tragedy for Putin.

He believes that “Little Russia”— that is, Ukraine — must be led by a Russian puppet like the self-proclaimed president of Belarus, Oleksandr Lukashenko. After British intelligence announced the Kremlin’s plans to put the leader of the marginal Nashi party, Yevgeny Muraiev, at the helm of Ukraine, Moscow replaced him with Viktor Yanukovych. Yanukovych is currently in Minsk, and Russian occupation forces are preparing to put him in the presidency in Kyiv. It is in line with the narratives of Russian propaganda, which has argued for the past eight years that Yanukovych was ousted in 2014 as a result of an illegal “coup” backed by the West.

Yanukovych’s return to power will allow Putin to get rid of the humiliation he suffered during the Revolution of Dignity, for the second time since the Orange Revolution, and to restore the trajectory of Ukraine’s development nine years ago. According to Moscow’s plans at the time, Yanukovych’s refusal to sign the Association Agreement with the EU in November 2013 should lead to his re-election in January 2015 and Ukraine’s accession to the Eurasian Economic Union.

The Kremlin recently announced its goal of “denazification,” which confuses many outside observers, especially given that Ukraine is headed by a president of Jewish origin. The Ria Novosti article emphasizes that “there will no longer be Ukraine as anti-Russia.” Putin considered the past eight years as building an “anti-Russian Ukraine” that his imperial nationalism can no longer tolerate.

After the Revolution of Dignity, in Putin’s eye, Ukraine led a “large-scale transformation of the country into anti-Russian.” The Russian president believes this meant “destruction of everything that was once Ukraine: peaceful coexistence and friendship between peoples, memory of a common glorious past, morality, faith, Russian language, traditions, spirituality.”

The Kremlin has always considered “anti-Russian” Ukraine an outpost of the West in the midst of the “Russian world.” The Russian disinformation campaign called Ukraine a puppet of the West, with Putin claims that the Americans supported the “nationalists” fighting Russian forces.

The Russian report also explains the reasons of the current crisis: “with each passing decade it will be more and more difficult to return Ukraine to Russia, because recoding, de-Russification of Russians and the hostility of Ukrainians-Little Russians against Russians will become irreversible.”

According to Putin, the last eight years after the “coup” were a deviation from the normal development of Ukraine. “Denazification” will mean the eradication of all aspects of Ukrainian national identity that contradict Putin’s imperial nationalism. According to the paradigm that he has declared since 2012 and detailed in his own ideological program in July 2021, Russians and Ukrainians are “one people.”

“Belarusization” will not mean the end of Ukraine, but will turn it into “Little Russia” as an integral part of the “Russian world” and Eurasia. Ukraine’s “neutrality” will actually prevent it from integrating with both NATO and the EU. As noted in the Russian article, Ukrainian statehood “will be reorganized, restored and returned to its natural state within the Russian world.”

This document also states that the borders of “Little Russia” are not finalized: “it will be decided after the end of Ukraine as anti-Russia.” Ever since the Bucharest NATO summit in 2008, Putin has consistently made territorial claims to southeastern Ukraine, which he believes Vladimir Lenin mistakenly handed over to Ukraine. During the 2014 crisis, Putin referred to these territories with the tsarist (i.e. imperial) term “Novorossiya.”

Thus, Putin’s “Little Russia” will not include “Novorossiya.” Putin plans to annex southeastern Ukraine or create a separate quasi-state entity on its basis within the “Russian world,” and also – according to the demands of Russian nationalists in 2014 — to join it to the Eurasian Economic Union.

Ukrainian national identity has always been synonymous with a pro-Western foreign policy, so “denazification” seeks to destroy both. Meanwhile the authors of the Russian document admit that it will not be easy: “neo-Nazis will not give up so easily, because the metastases of Russophobia have already affected the whole body of Ukraine.”

The Federal Security Service (an internal Russian special service operating throughout the former USSR) and the Main Intelligence Directorate of Russia have already drawn up “kill lists” that are to be applied during the “denazification” after the “liberation” of Ukrainian cities. According to these “kill lists”, the Russian Federal Security Service (FSB) and Main Intelligence Directorate (GRU) plan to imprison and kill pro-Ukrainian and pro-Western politicians, experts, scientists, social activists and journalists.

“Denazified … Little Russia” will be very reminiscent of Belarus. It can only be a dictatorship because the pro-Russian forces were extremely weak even when invading, and so far have no support at all. The only political forces allowed to function will be the “Opposition Platform — For Life”, “Nashi”, the Communist Party, as well as Russian puppet parties from the breakaway pro-Russian republics of “DPR” and “LPR” in eastern Ukraine.

All religious denominations, except for the Russian Orthodox Church, will be banned. Putin fiercely hates the Orthodox Church of Ukraine, created after a decree of ecclesial independence by Constantinople in January 2019.

The Kremlin has always been extremely hostile to decommunization in Ukraine, believing that it contributes to the construction of an anti-Russia nation. The Russian disinformation campaign, in particular, falsely claimed that decommunization led to the removal of monuments of the Great Patriotic War (i.e. the Eastern Front of World War II), when in fact the four decommunization laws did not cover military monuments. In addition, the Kremlin used the myth of “genocide” of Russian-speaking Ukrainians to justify its invasion, which allegedly took place after the adoption of language laws that supported the Ukrainian language.

The Kremlin considers conquering Ukraine a vital step towards its strategic goal of turning a unipolar world into a multipolar one. The Ria Novosti article states that the invasion of Ukraine is “a response to the geopolitical expansion of the Atlantic alliance, the return of Russia to its historical space and place in the world.” The article goes on to declare that: “Russia has not only challenged the West, but has shown that the era of global Western domination can be considered finally and irrevocably over.”

The article further states that the united “Russian world” will act “in the geopolitical sense as a whole” within the “historical borders of Russia.” If Ukraine is captured and “Belarusized” into “Little Russia”, the West will have to prepare for the worst confrontations of the Cold War period.

The Kremlin is committing genocide against Ukrainians and their identity for the second time in a century, pursuing its strategy of destroying the Western world. The West cannot allow Putin to win.