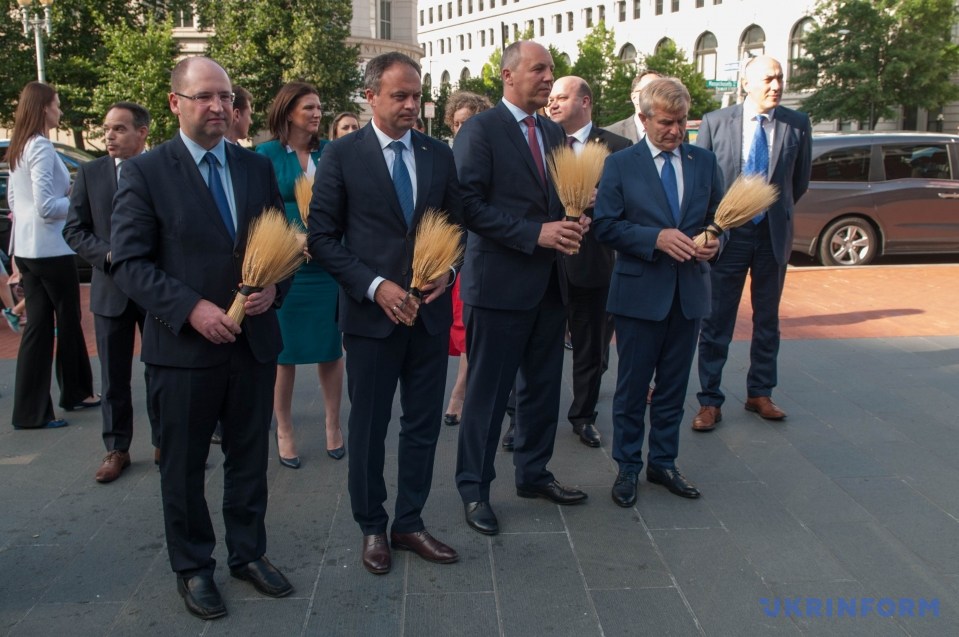 On June 26 this year the leaders of the parliaments of Ukraine, Lithuania, Moldova and Poland honored the victims of the Holodomor, the genocide of the Ukrainian people of 1932-33, laying symbolic strands of wheat near a memorial set up in central Washington, Ukrinform reported.

The Chairman of the Verkhovna Rada Andriy Parubiy, the chairmen of the parliament of Lithuania and Moldova, Viktoras Prancetyss and Andrians Candu, as well as the deputy chairman of the Senate of Poland, Adam Belan, thus completed the program of the first day of the visit to the United States.

Participation in the ceremony was also taken by Ambassador of Ukraine to the United States Valery Chaly and chairman of the US National Committee on the Holodomor as a Genocide Mikhail Sawk.