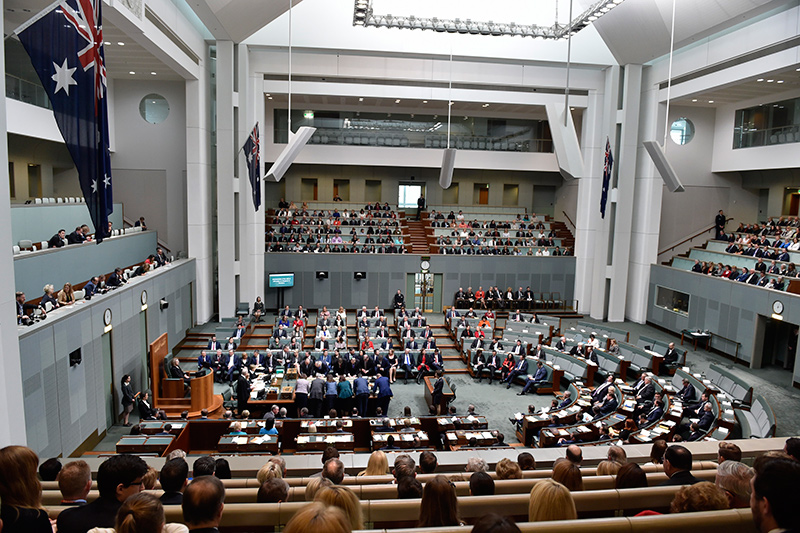 The House of Representatives of the Federal Parliament of Australia has approved a statement on the occasion of the 85th anniversary of the Holodomor of 1932-33 in Ukraine, Ukrinform reported.

The adoption of the declaration was initiated by the chairman of the Ukraine-Australia friendship parliamentary group Chris Kruser and member of the parliament Steve Iron.

The statement states, in particular, that the Australian Parliament condemns actions aimed at destroying the national, cultural, religious and democratic aspirations of the Ukrainian people, which was one of the most terrible acts of genocide in history; сondemns such acts of manifestations of racial, ethnic and religious hatred during the XX century; commemorates those who perished during the Holodomor and joins the Australian Ukrainian community and the international community in memory of this tragic event under the slogan “Ukraine Remembers – The World Acknowledges.”

The members of the Australian Parliament are calling for the memory and continuation of the study of these tragic pages in the history of mankind so that such tragedies do not recur in the future.

“As a result of these actions (the Holodomor of 1932-33 in Ukraine – Ed.), the Ukrainian people were severely affected, the number of victims was disastrous, according to recent estimates, due to the policy of the Soviet government, 7.4 million people died, eyewitnesses of this hunger tried to tell their stories to the world. Unfortunately, this atrocities was further complicated by the systematic concealment of hunger by the Soviet Union, “said Chris Kruser in his speech.

We remind that on October 2, 2017, the President of the Senate (Supreme Chamber of Parliament) of Australia, Stephen Perry, during the official visit to Ukraine, visited the Memorial to the Holodomor victims.

In November 2017, the Senate passed a statement on the Holodomor of 1932-1933 in Ukraine, in which he condemned the actions of the Stalinist regime.