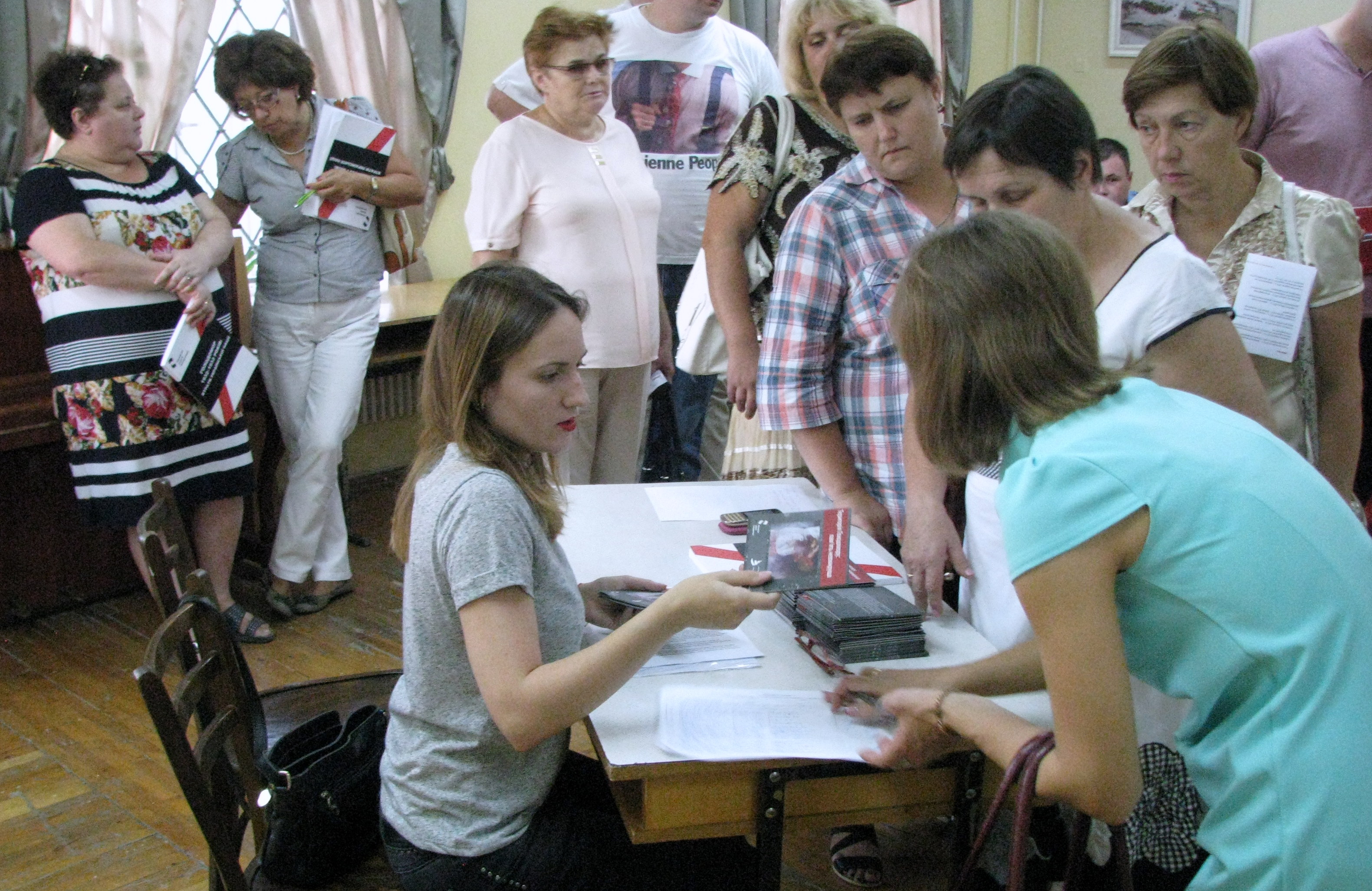 In 2017, the National Museum “Holodomor Victims Memorial” is implementing a project on the distribution of the educational film “Covering the Holodomor: Memory Eternal” among teachers of the history in Ukrainian schools.

The film was created by the museum in collaboration with the Canadian Museum for Human Rights (Winnipeg, Canada) as an interactive material that teachers can use during history lessons to facilitate visually and substantially the perception of a difficult subject by students.

The role and functions of the media, which can both break the silence around the crime, and help to create an informational vacuum that conceals or distorts the truth, are explored in the 12-minute film on an example of the history of the genocide of the Ukrainian nation – the Holodomor.

On September 18, 2017, the head of the Scientific-Exposition Department of the Holodomor Victims Memorial Yana Hrynko presented an educational movie for history teachers of schools in Kharkiv and the region at the Kharkiv Historical Museum named after M. Sumtsov. After watching the movie, about 50 guests got a DVD as a gift for later use in history lessons.

The movie is designed for the school audience and recommended for usage during the learning of the Holodomor in schools.

The event was supported by the Department of Science and Education of Kharkiv Regional State Administration.

The museum plans to organise similar presentations in Zaporizhia (October 5), Dnipro (October 4), Chernihiv, Siverodonetsk, Kramatorsk and Kyiv. Earlier, the CD’s with the film were given to teachers in Lviv, where the presentation was held in cooperation with the Memorial Museum of totalitarian regimes “Territory of terror”.