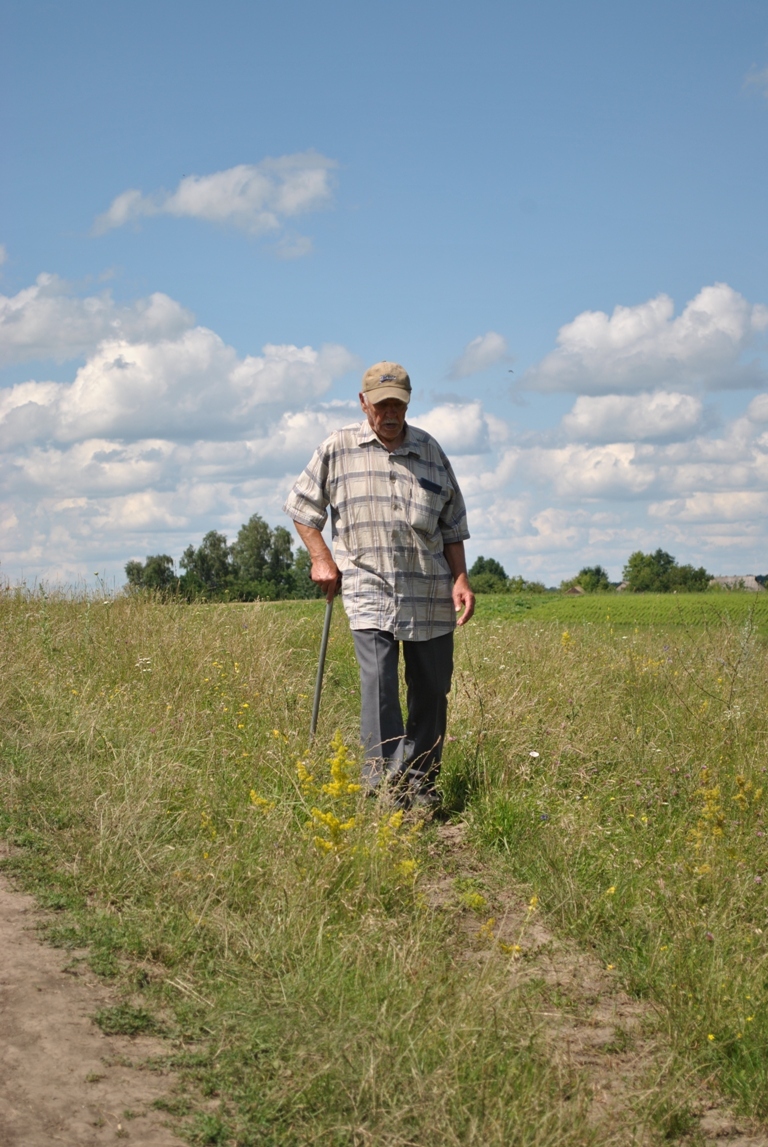 The memory of the people is indestructible. Memories about the Holodomor of Kostiantyn Pyliavskyi

“Holodomor victims memorial” continues collecting memories of people who survived genocide in 1932-1933 in Ukraine. This is our oral history of the Holodomor. With this mission, on August 19, 2017, the Head of the Research department Yulia Kotsur, together with the photographer Kseniia Pyliavska, went to meet Kostiantyn Pyliavskyi.

Konstantin Pyliavskyi was born in 1920 in the village of Kolybabyntsi in Vinnytsia region. He recalled quite safe 20’s, which were replaced with the heavy collective-farm life. This is the way he describes the creating of collective farm in his own village: “They immediately offered this collective farm (kolhoz) and nobody wanted it. Because they just have done it. At first we worked 2 years, we seeded, ploughed – we had everything. And then suddenly they dragged all for a meeting. They surrounded us with armed squads, there were military people. And Russian military, indeed, because no one spoke Ukrainian. And that is all. Suddenly these collective farms appeared. Who wanted to join it  should give everything, horses, cows. To give all of it to collective farms. But who could want it? Of course, nobody”.

The most painful memory about the Holodomor is connected for him with witnessing notorious decree of the Central Executive Committee and the Council of People’s Commissars of the USSR, “About protection of the property of state enterprises, kolkhozes and cooperatives, and strengthening of the public (socialist) property”, dated 7 August 1932. The common name Law of Five Spikelets came into use.

When a hungry boy went to his own field for the aching ears, he was met by the member of Komsomol who guarded all the fields that had been proclaimed state property by that law.

“Suddenly they appeared riding the horses and saw me, shouted. There was nowhere to escape. They approached to me and took me. They took the bag with ears of grain. I was crying. They took me to Berezyna. There were sand and pits. They bound my legs and put me in such a pit. They were pretended as they were going to shoot. Can you imagine that I was a child? What could I feel. They held my legs and beat me. I was crying until I lost consciousness. I don’t remember what happened next”, Mr. Pyliavkyi shared his memories.

This trip became special for the photographer Kseniia Pyliavska. It was through the experience of her grandfather that the Holodomor acquired a personal character for her. “I heard the Holodomor story at first from my mother and my grandfather. My mom was recalling how her deceased mom (my grandmother) survived the Holodomor in Chernihiv region. I guess that grandma’s stories had a great influence on my mother, as from that time she has got a special attitude to bread: she never throws stale bread, always finds a use for it – whether to make croutons, or to give to people from the village for cattle. And on the National Memory Day she always puts a candle with grain on the windowsill. And when I was a kid and I did not eat bread, she had scolded me and had told why I needed to respect bread. Later, I heard about the Holodomor from my grandfather, it was already a confession, because he survived all the crime against the Ukrainian people as a small boy” – said Kseniia.