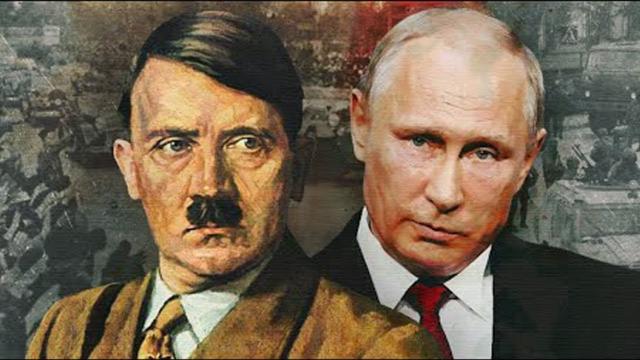 The mental health of the dictator and the political regime in the country. Is there an interconnection?

The famous French historian Lucien Febvre did not want to see the historian as a judge. The historian’s job, he said, is to understand, not to judge.

We live in hard times, in a time of war and genocide with our eternal neighbour – Russia, which once again “suddenly” attacked us. With a terrorist state led by a dictator who brazenly lies to his people and indifferently sends tens of thousands of citizens of the Russian Federation to their deaths.

History, since the time of Nero and Caligula, has clearly shown that the state cannot function for long with terror in mind. Carlyle, a famous English historian of Scottish origin, claimed that governments often die from lies. Terror and lies are the main characteristics of Russia.

As a historian, I constantly think about the sources of cruelty and savagery of many representatives of power, especially modern rulers, and the slavish obedience of their peoples. We all know that a mentally healthy person would not go hunting if they had to kill their prey with only teeth and nails. The same is true in the modern Russian-Ukrainian war, where killing is preceded by the blocking of feelings. An example is the Russian occupier Shishimarin, who shot an innocent elderly Ukrainian at the request of his officer, who was also armed. With such a simple action – an order, separated from both the written and unwritten rules of war.

The German dictator Hitler killed millions of Jews, Gypsies, and Protestant priests on the territory of Germany and occupied countries.

The African dictator Bokassa ate his wives, ministers, etc., specially prepared for him by his personal chef.

The Cambodian dictator Pol Pot, who believed in the teachings of Marx-Lenin, destroyed a large part of his people.

And Kim Er Sung’s clan, which supports the extremist regime in North Korea even today?

There are many of them. I did not remember all. I really want to invite specialists to a serious multidisciplinary discussion aimed at discussing the sources of the cruelty of the dictators of the 20th and 21st centuries.

Why is this happening today, and, I’m afraid, will happen tomorrow?

What is the reason: a vicious personality aspired to absolute power, as in the case of the Russian dictator?

Is it due to some mental pathology, congenital or acquired personality defects?

Or some features of a specific people who do not know their comfortable existence without masochistic trust in a tyrant? Are the state’s laws categorically denying the principle of the rule of law?

I would like to discuss it with many: psychologists, lawyers, political scientists, journalists, psychiatrists, etc. The Frenchman Jules Michelet once remarked: “History is rebirth.” Another historian, a Pole, a contemporary of ours, replied to Michelet: “History is an understanding of the present evil for us, not only of the past.”

Olesia STASIUK, Doctor of Historical Sciences, Director General of the National Museum of the Holodomor-Genocide.