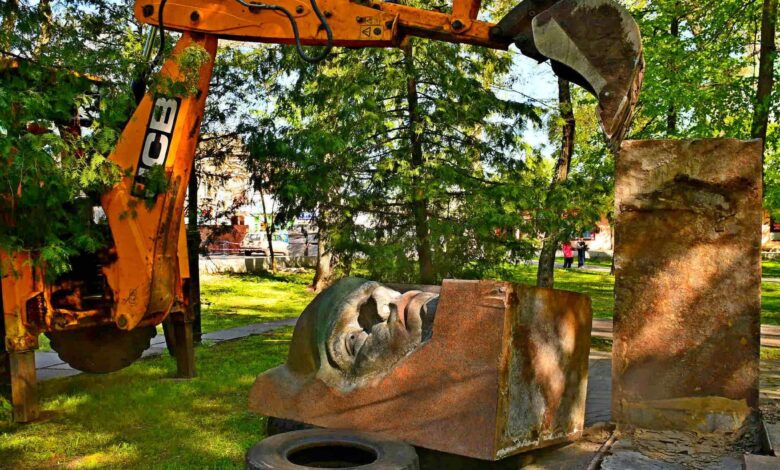 A monument to Soviet police and food detachments began to be demolished in Nizhyn on May 11. This was announced by Nizhyn Mayor Oleksandr Kodola. He added that the decision to dismantle was made a month before the war – in January 2022, although discussions on this issue have taken place in the city in recent decades, according to “Nizhyn City”. 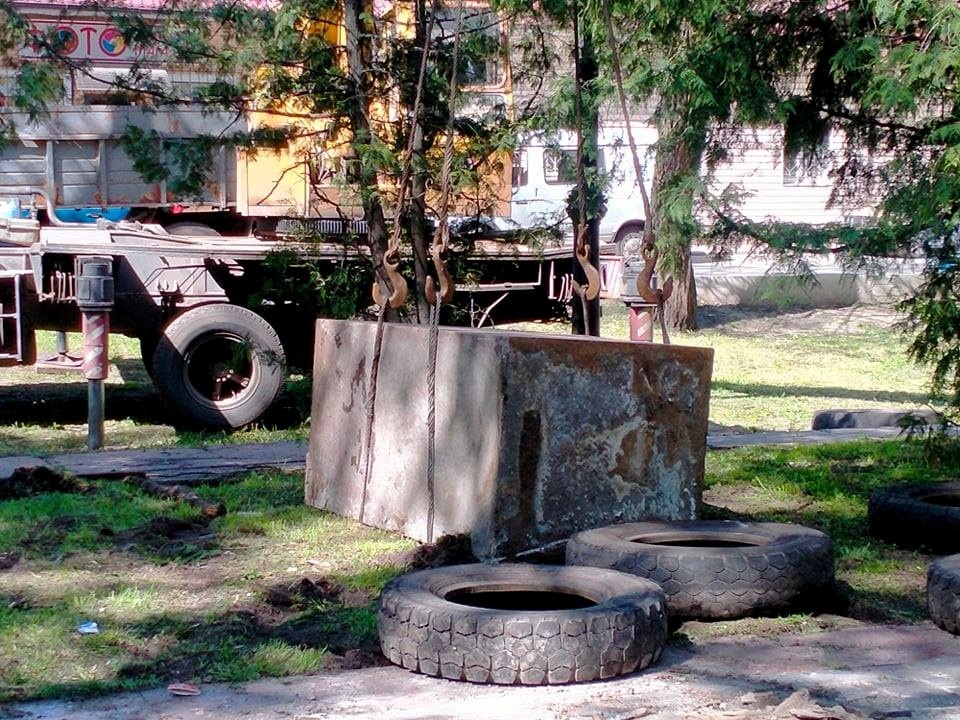 The monument was dismantled.

“The last monument to the organizers of the first Bolshevik Holodomor in Ukraine. If you ask why Russians came to us with weapons, I will answer. Because it took 31 years to dismantle this idol. As long as such disgust pollutes our land, we are part of russia. With all the consequences,” commented on the event Hennady Dudchenko, director of the Nizhyn Museum of Local History named after Ivan Spassky. 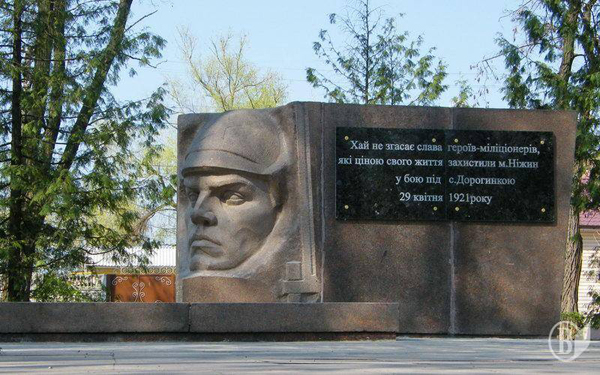 The “Mass grave of police officers who died in battle with the Makhnovists in April 1921.” was located in Nikolai Gogol’s square and had the appearance of a granite stele in the form of a truncated flag, against the background of which a bas-relief of a man’s head in Budyonnovsk with a bayonet appeared on the left side. An inscription was carved on the right side of the stele: “Eternal glory to the Nizhyn police officers who gave their lives in the struggle for Soviet power.”

In 2018, the overlay marble slab was dismantled by one of the public organizations and, with the participation of the police, transferred for temporary storage to the Nizhyn Museum of Local Lore named after Ivan Spassky.

Instead, they posted an information board with the inscription: “At this place, there are the remains of the Red Punishers from the Nizhyn district police and the Russian Bolsheviks, who on April 29, 1921, tried to suppress the revolt of hungry farmers.

The Chekists, intoxicated by communist propaganda, outraged and betrayed by their own commander, Naum Tochen, who fled in disgrace before the battle, were completely defeated by the Makhnovist detachment of Feodosiy Shchus near Dorohynka.

From 1921 to 1936, all the Red Commissars who died at the hands of the peasants during the food requisition, pursuing the criminal “Policy of Red Terror” were buried here. The work of the communist punitive apparatus in Nizhyn County resulted in the murder and repression of more than 50 people. “ 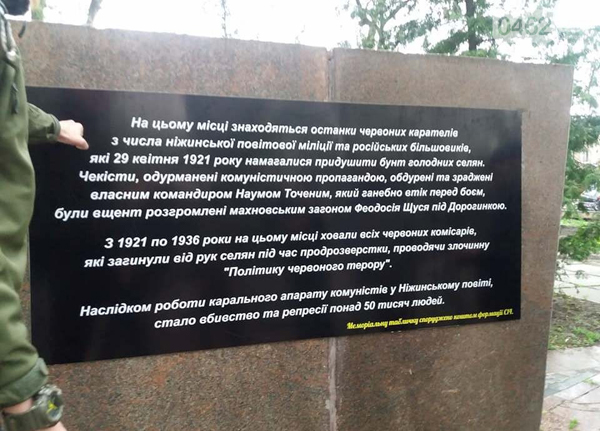 An inscription was made by activists in 2018.

“Chekists and commissars were buried, who dekulakized Ukrainians, organized red terror and famines. At least 50,000 Nizhyn residents were executed by the Red Commissioners. To this day, a monument to those who forcibly planted the hammer and sickle and helped in the occupation of Ukraine stands in the center of the city. It stands with the false and distorted name “heroes-policemen who died in the line of duty – it’s the same as calling Givi, Motorola, Zakharchenko as heroes…”, – explained then the public patriotic organization C14, which “modernized” the monument.

A memorial sign to Soviet police was erected in 1977 on the site of a mass grave.

According to the documents available in the Nizhyn Museum of Local Lore, the essence of the event that resulted in this burial looks like this: in April 1921 in the village. On the way, there was a fight between a rebel detachment against the Bolshevik government led by Ataman Schus, close to the well-known leader of the peasant insurgent movement Nestor Makhno, and a combined detachment of local Nizhyn police and a pro-detachment stationed in Chernivtsi. The latter was destroyed by rebel forces with machine-gun fire and during a saber attack.

All the victims were transported to Nizhyn on May 1. The bodies of Nizhyn residents were dismantled by relatives and buried in local cemeteries, the rest – 39 people – were buried in a mass grave.

The rebels, led by Shchus, managed to make a small raid in the Chernihiv region but did not reach Nizhyn, as they were attacked by a regiment of the regular army, from which Shchus retreated to the Poltava region.

Due to the circumstances, this episode of local history was not used by Soviet propaganda for a long time. It was not until the 1970s, when most eyewitnesses died, the event was glorified and embodied in the erection of a memorial.

It is noteworthy that from 1921 to 1936, all the red commissars who died at the hands of the peasants during the food requisition, pursuing a criminal “policy of red terror,” were buried here.

At present, there is no question of the reburial of the remains buried in the mass grave. As this must be done after consultation with the relatives of all the deceased, this procedure is also expensive and is ordered by special services, so for now the authorities intend to limit themselves to dismantling the monument.