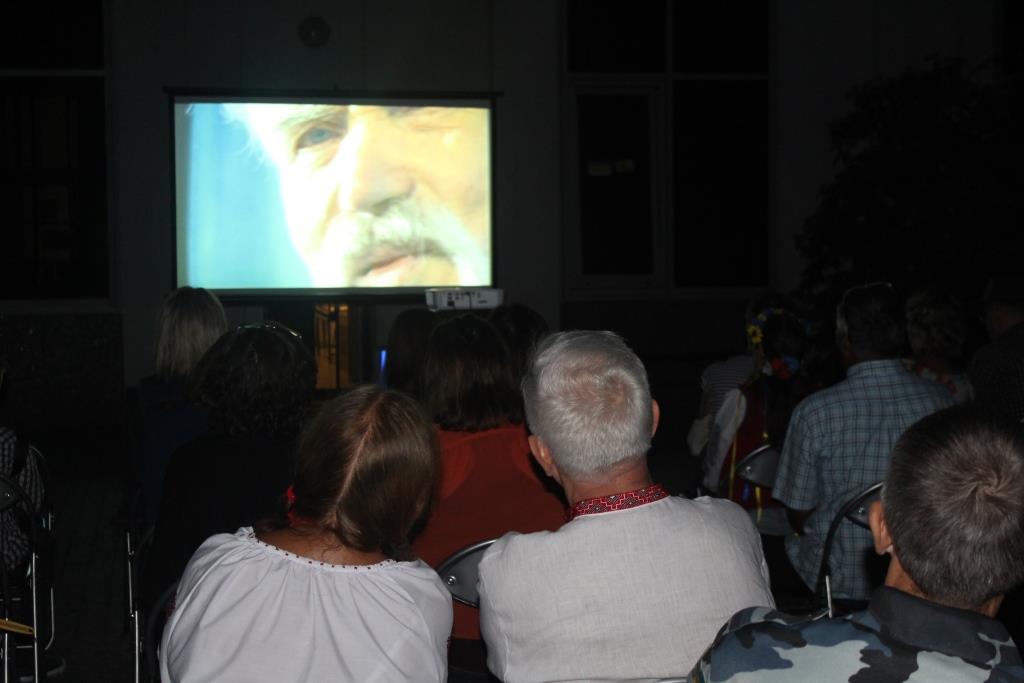 The movie «Levko Lukyanenko: to follow the conscience» in the National Museum «Holodomor Victims Memorial»

In the courtyard of the National Museum «Holodomor Victims Memorial», the movie «Levko Lukyanenko: to follow the conscience» was shown on August 24, on the Independence Day of Ukraine.

The documentary film created by TV channel «UA: FIRST» illustrated the life path of the Hero of Ukraine Levko Lukyanenko. The date of the show was chosen not by chance. On August 24, Levko Lukyanenko, one of the «fathers» of independent Ukraine, would have been 90 years old. The protagonist of the film is the author of the Declaration of Independence of Ukraine.

The theme of the Holodomor-Genocide for Levko Lukyanenko was always one of the keys to understanding the processes that are taking place in modern Ukraine. It is worth noting that Levko Lukyanenko survived the Holodomor-genocide in Chernihiv region, his family survived because of the hidden potatoes. Terrible years of childhood and youth did not break the character of Levko Lukyanenko. On the contrary, they brought an understanding that it is only in the independent Ukraine the Ukrainian language and culture can be developed, where Ukrainians will indeed be the masters of their land.

With this movie, the museum started a series of the movie showings in the open air. Our attempts to go beyond the walls of the museum, to come closer to the visitors and to be interesting for young and old people were successful. Museum film shows will be organized in the future on the actual public themes. You can find out about the upcoming events in our museum from announcements on our site and social networking websites.