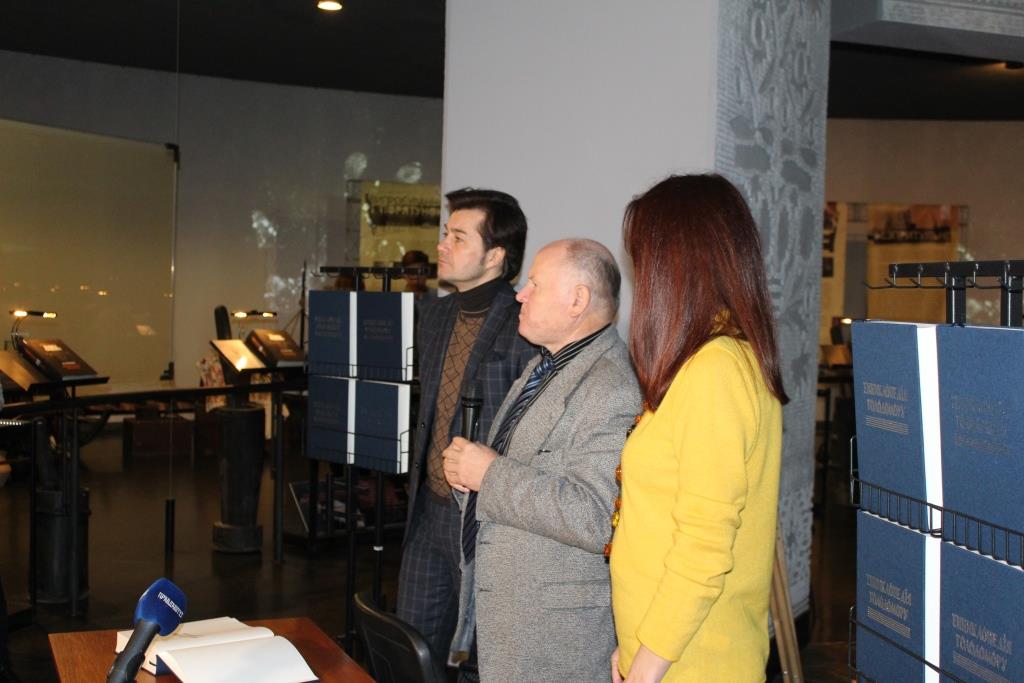 The Museum presented "The Encyclopedia of Holodomor"

On November 12, 2018, the National Museum “Holodomor Victims Memorial” presented the scientific and memorial edition of “The Encyclopedia of Holodomor”, written by Doctor of Historical Sciences, Professor Vasyl Marochko.

“Encyclopedia absorbed the main events and phenomena, generalized historiographical and memorial practices. Its task is to inform future generations about Holodomor in Ukraine, not to persuade opponents, absolute nihilists, but to present truthfully the historical facts, to remind of the eternal values ​​of Christian mercy. The one-volume edition of “The Encyclopedia of Holodomor” does not fully cover the theme of human grief caused to the Ukrainian people, the content and tragedy of the very historical phenomenon. The author hopes that the regional encyclopedias will appear. They would touch every district and village that were in the 1932-1933 at the epicenter of Holodomor,” is said in the preface of the book.

The presentation was attended by Minister of Culture of Ukraine Yevgen Nyschuk, General Director of the National Museum “Holodomor Victims Memorial” Olesia Stasiuk, the author of the Encyclopedia, Doctor of Historical Sciences, Professor Vasyl Marochko, People’s Artist of Ukraine Valerii Franchuk, and Deputy Chairman of the Association of Ukrainian Holodomor Researchers in Ukraine Oleksandr Ushynskyi.

“’The Encyclopedia of Holodomor’ is the result of a 30-year work, and especially of the last seven years of work on the book. This is a unique publication of the doctor of historical Vasyl Ivanovych Marochko,” said Olesia Stasiuk, Director General of the Holodomor Victims Memorial.

“This book is one of the stones for the second phase of the construction of the memorial museum, which has just begun. You can say it’s an intellectual stone. We have to collect all the stones and bring them to our ‘memory wall’,” said the author of the encyclopedia Vasyl Marochko.

The publication is presented as the part of the commemoration of the 85th anniversary of the Holodomor-Genocide. You can read about the future events at the museum’s website.