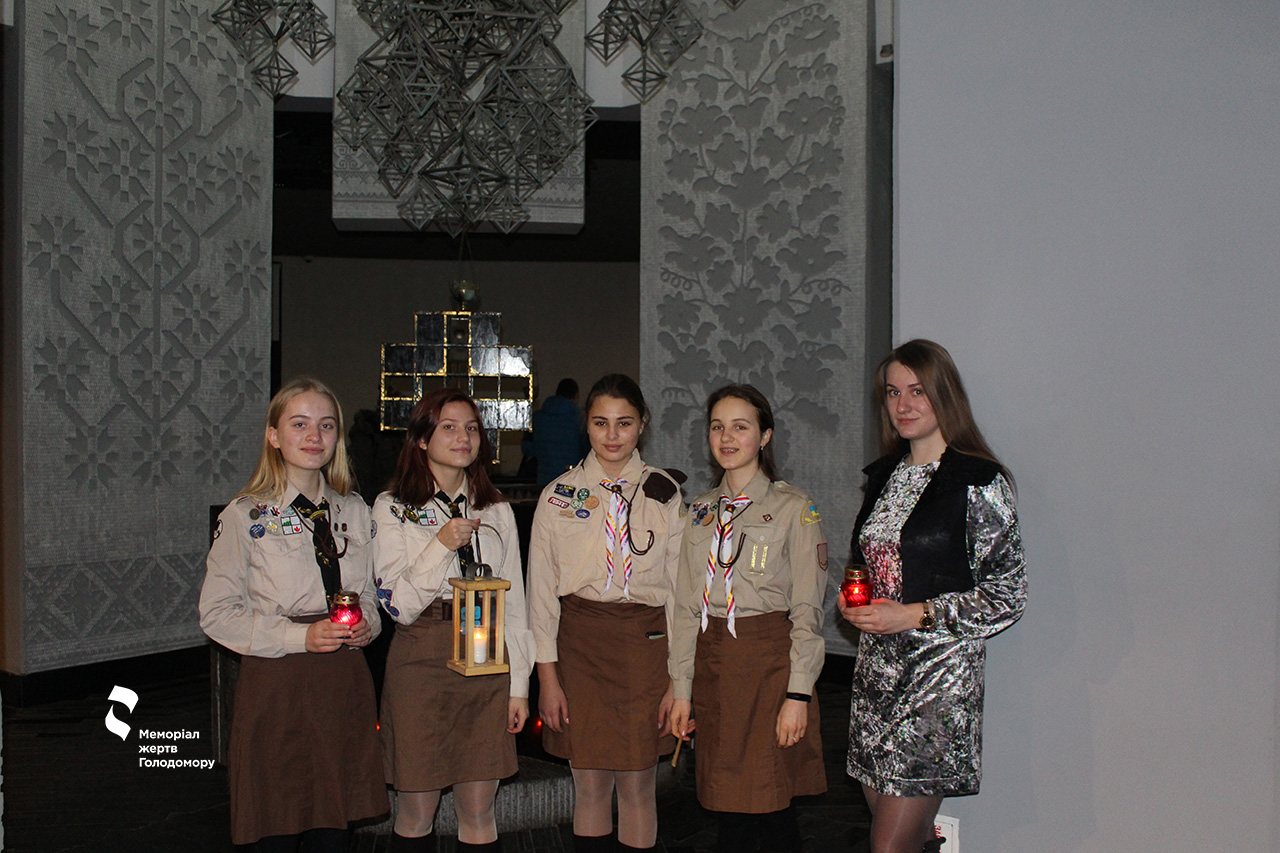 The Peace Light of Bethlehem, which symbolizes heat, peace, harmony and hope, is distributed through Ukraine by the Plast. Fire is transmitted from city to city, enters churches, state institutions, schools, orphanages, hospitals. For several years now, the Fire has been distributed to the Holodomor Victims’ Memorial.

The Peace Light of Bethlehem travels around the world, crossing borders and uniting Christians on theChristmas Eve. The idea of Light and its simple symbolism – peace, joy and brotherhood.

The transfer ceremony took place in the museum’s Hall of Remembrance. Visitors took the Fire with them in the lamps, bringing peace and harmony to their homes on Christmas Eve.