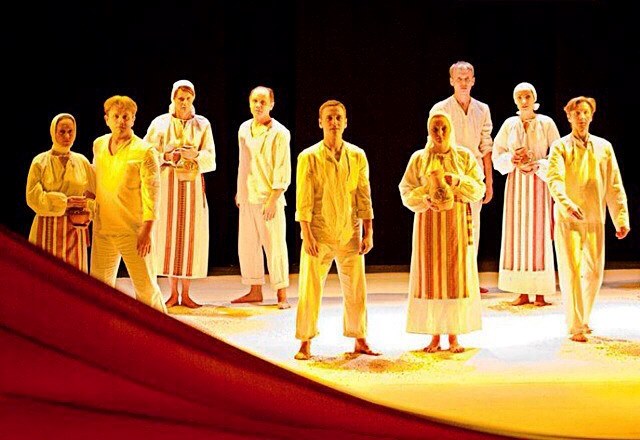 The performance about Holodomor will be shown in Dnipro

To the Day of Holodomor victims, the Dnipro Theater “We Believe!” will show the drama “Hungry Blood”.

The play “Hungry Blood” is the result of a creative action that was initiated by the “We Believe!” Theater in December 2007. The theater appealed to contemporary Ukrainian playwrights with a proposal to write a play that “recreates the modern vision of Ukraine as a state, as the homeland as a unique historical, cultural and social society.”

The format of the event was proposed as a “creative laboratory”, so the theater retained the right to a joint creative work of the scripts.

In the end, among the more than forty works sent to the theater “We Believe!”, there was  selected the play written by three local authors (O. Bisyk, T. Volkov, D. Medviediev) on the topic of Holodomor in Ukraine in 1932-33 years

The play is written on the basis of documents and testimonies of the events that took place in the Dnipropetrovsk region during 1932-33.

The whole troupe of the theater is involved into the performance.

We recall that in July 2018 the “Serp” performance on Holodomor  was presented in Chicago (USA).