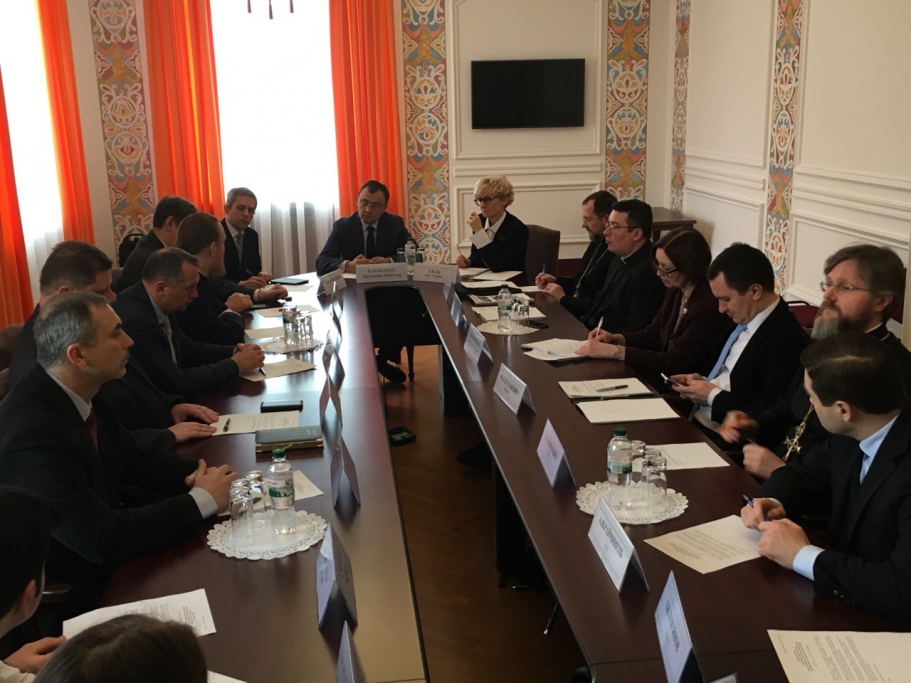 On February 12, 2018, at the 10th meeting of the Public Council on Cooperation with Religious Organizations, it was decided to continue taking measures to commemorate the Holodomor victims of 1932-1933 in Ukraine, the press service of the Ministry of Foreign Affairs of Ukraine reports.

The Council supported the initiative of the Secretary of the Synod of Bishops of the UGCC, Bishop Bohdan Dziuraha, for the promotion of symbolic assistance to the most devastated countries in Africa and Asia. After surviving the tragedy of the deliberate destruction of the Ukrainian peasantry, when a totalitarian regime forced the world to silence the facts of mass destruction by famine, Ukraine honors the victims of the Holodomor, providing assistance to the people of other countries suffering from hunger. “Do not cry, but take actions! Indifference kills!” – under this slogan, not only the official structures, but also civil society and all non-indifferent citizens in Ukraine and foreign Ukrainians are planned to be involved in the campaign.