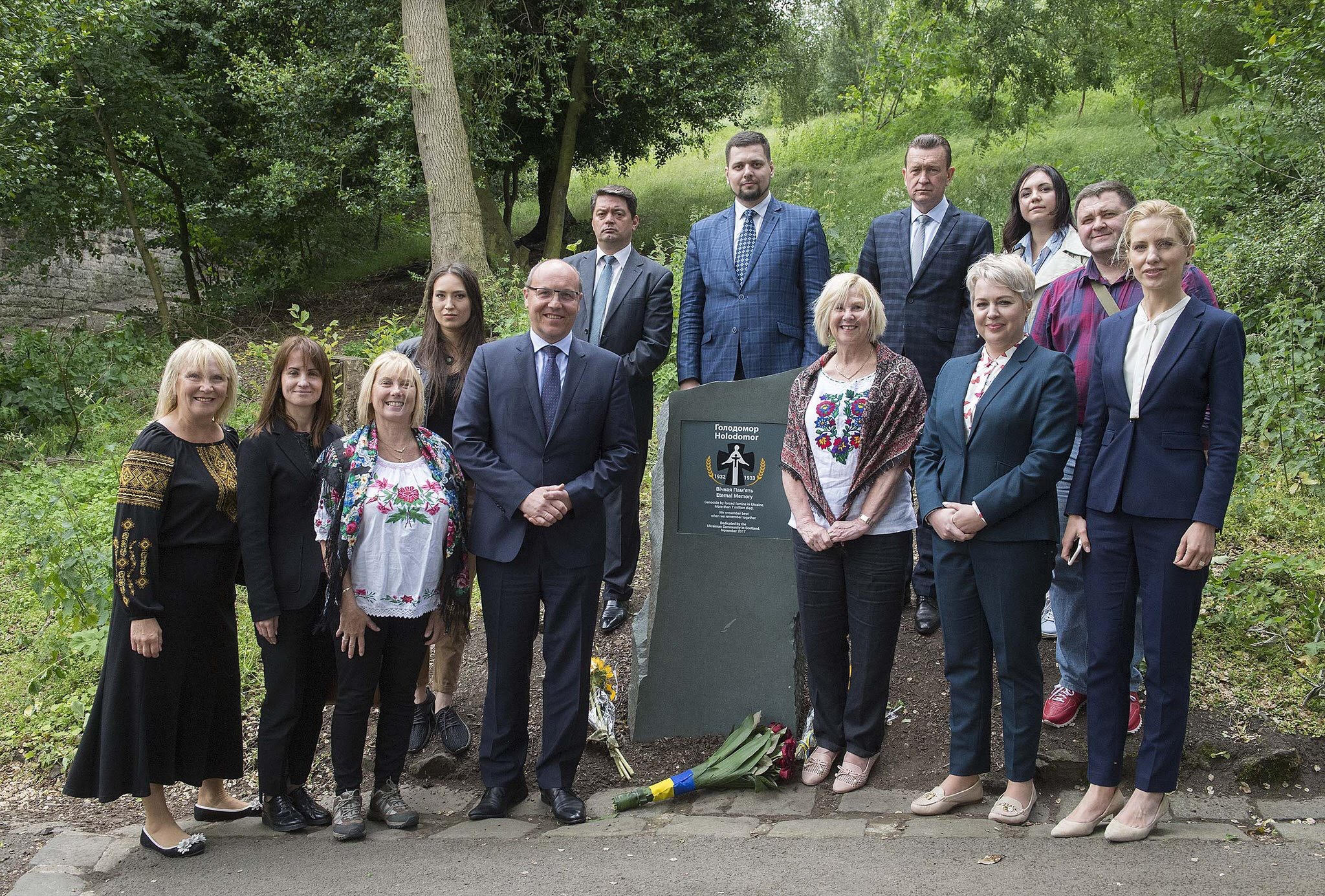 On April 14, 2018, the Chairman of the Verkhovna Rada of Ukraine Andriy Parubiy met with the Speaker of the Parliament of Scotland, Ken Mackintosh, during an official visit to the United Kingdom of Great Britain and Ireland. Andriy Parubiy thanked Scottish parliamentarians for supporting Ukraine and recognizing the Holodomor as a crime of genocide against the Ukrainian nation in the early 1930s, which was expressed during the parliamentary debate on March 20 this year: “This year wepay tribute to the 85th anniversary of this great tragedy and it important for us to gave an understand to the world of this event, of this tragedy for Ukraine. It is especially important for us that all parties – both the opposition and the coalition – have supported a general resolution that the Holodomor is a genocide against Ukrainians,” he said.

“The Holodomor is a deliberate genocide that must be fully understood and acknowledged by present and future generations, and notes the important role played by the Holodomor Memorial Day in accomplishing this goal,” the request says.

The text of the initiative, with a list of names of parliamentarians who support it, is openly accessible on the Scottish Parliament website: https://bb.parliament.scot/Motions/DetailsPartial/S5M-08629/20171106

Read the full story of Peter Chapman and other parliamentarians who favored the Holodomor recognition in the official report of the 5th session of the Scottish Parliament. http://www.parliament.scot/parliamentarybusiness/report.aspx?r=11430&mode=pdf

During the visit, the Chairman of the Verkhovna Rada together with the Ukrainian community of Scotland laid flowers to commemorate the victims of the Holodomor to the memorial in Edinburgh, which was created by the community.