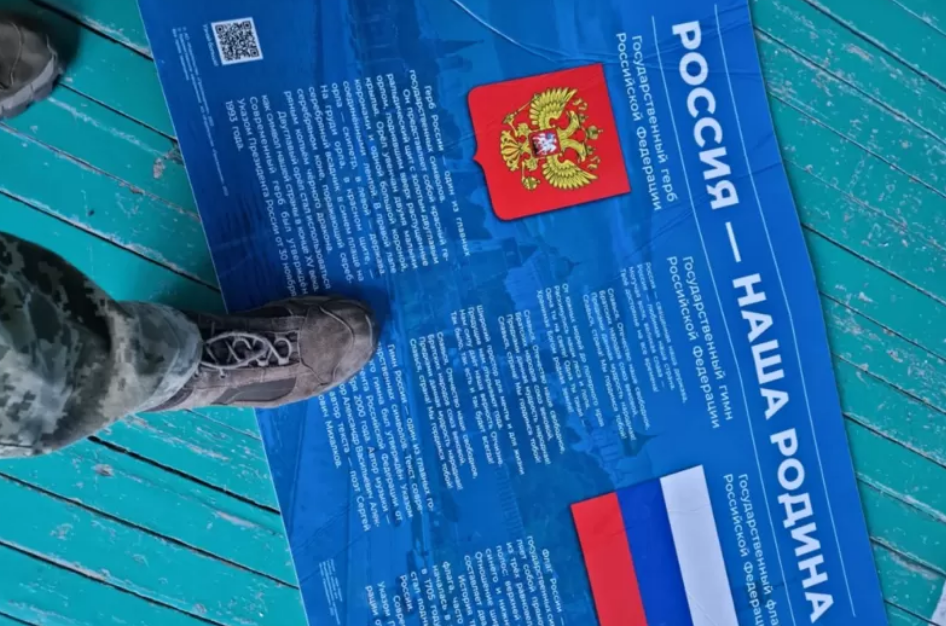 They destroyed textbooks and threatened teachers: how the schools survived the occupation of the Kharkiv region

In the Kharkiv region, Russia began by destroying Ukrainian symbols. Then it was the turn of the books. And even after that, the teachers had to teach the children that they were supposedly not Ukrainians. Those teachers who did not have time or could not leave and openly resisted Russification were beaten, arrested with sacks over their heads, and evicted from their hometowns. The BBC tells about this in its material.

Ukrainian teachers in the occupied territories say that they hid Ukrainian symbols and books and refused to cooperate with the occupation authorities.

According to Svitlana Shvid, the head of the education department in Balakliya, responsible for 19 schools in the city and surrounding villages, less than a tenth of teachers cooperated with the occupation authorities and the Russian military. “I am proud of my teachers,” says the woman.

Lilia Sirous, the administrator of school No. 3 in Balakliya, said that in August, representatives of the Russian occupation authorities sought her out and handed her a list of more than 2,200 textbooks, art books, and school manuals were subject to confiscation and further disposal. “This is everything that was connected with Ukraine,” says Lilia Sirous. Everything was subject to destruction – from Ukrainian-language English textbooks to an anthology of Ukrainian poetry. Of course, specific emphasis was on the Ukrainian language, literature and history textbooks. In order to save all these books, Ms. Lilia moved them from the library to the classroom in the additional school building. She hoped that, not having found anything “forbidden” in the library, they would not search the whole educational institution.

In the village of Shevchenkove, forty kilometers from Balaklia, the occupiers managed to bring their textbooks. Large piles of the textbooks on the history of Russia and other subjects, were found by the Ukrainian military. The occupying forces managed to bring such books to Vovchansk.

Simultaneously, with the attack on Ukrainian books, the Russian invaders put pressure on the teachers. Although at first they tried to lure with money and career.

“They promised a large salary: 70-80 thousand Russian rubles per month (over $1,100). Management – 130,000 Russian rubles (over $2,200). The headmistress of the school ordered to teach according to Russian textbooks, according to the Russian curriculum. She convinced us that Kharkiv was about to be taken – and we would become Russia. And if we do not cooperate, we will not find a job anywhere. But we are real Ukrainians. We believed that we would be liberated,” says Inna Mandryka, a teacher at Balakliya school No. 5.

According to her, those willing to cooperate quickly received positions. At the age of 22, you could become a school principal. She refused to cooperate and made plans for online teaching of all subjects in the Ukrainian language in the basement to the sound of shelling and candlelight. More than a third of her students were able to join online lessons. They were given by those teachers who left the occupation and had access to the Internet.

Ms Inna kept the entrance sign of her Balakliya school No. 5. It lacks only one element – the Ukrainian coat of arms. Either Russian soldiers or the occupying leadership ripped him from education in a rush to “denazify schools.”

Those who did not agree to cooperate were intimidated and even arrested. Lidia Tilna, director of the Ivanivska school (Vovchanskyi district), says that three of the 16 teachers in her school supported the Russian occupiers.

Lidia Tilna herself decided to leave for the territory controlled by Ukraine. She was arrested at a Russian checkpoint, having been found on the “black lists”. Then they put her on her knees, searched all her belongings, humiliated her, threatened her with violence, and demanded that she hand over some information she was allegedly taking to Kharkiv. The Ukrainian language teacher’s diploma, found during a search of her belongings, was torn in front of her.

And then they threw him into the cell. In total, she was kept in prison for 19 days. After that, they took her out with a bag on her head and let her go. Her husband was waiting for her outside, who had been going to the Russian military all these days and persuading them to let his wife go.

A similar story of abduction and deprivation of liberty was told to the BBC by Tetiana Tovstokora, the director of Yakovenkivska gymnasium, which is near Balakliya.

She also refused to cooperate with the occupation forces and to switch her school to the Russian program.

On August 17, two armed men took her from her home, allegedly for a conversation in the occupational education department.

“They asked me: “Let’s go without a protocol. Why don’t you want to work?” I told them that I would not work in a Russian school. I worked in a Ukrainian school and taught patriotism. And this is not discussed,” the teacher recalls.

Instead of the education department, the school principal was taken to the torture chamber arranged by the Russian military in the Balakliya police station.

The occupation departments of education also put pressure on parents: if they refused to register their child in a Russian school, they were given a warning first. Next, the parents had to pay a fine of 40,000 Russian rubles (about $800). If they did not change their opinion after that, the occupation officials threatened to take their children to an orphanage in the nearby village of Shevchenkove.

The occupiers will be responsible for any attempts to “denazify Ukrainians”. There will be retribution for these and other crimes against the Ukrainian nation!