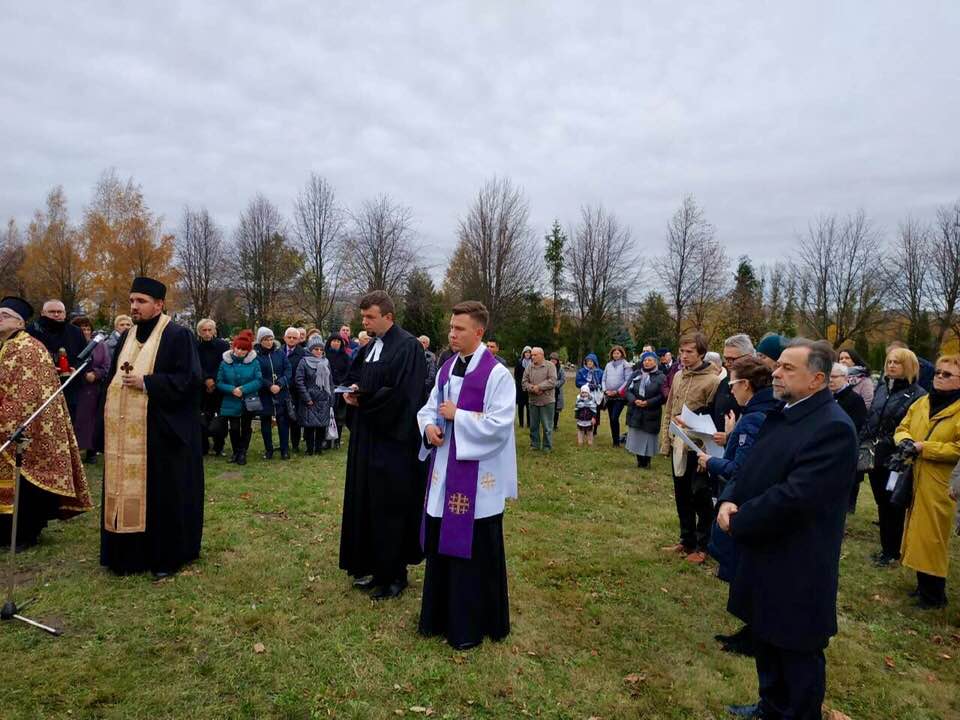 Ukrainian communities of Krakow and Gdansk joined the "Let's Light a Candle of Memory!" Campaign

On November 4, 2018, Krakow and Gdansk joined the International Action “Let’s Light a Candle of Memory!” aimed to honor the memory of millions of Ukrainians who died from Holodomor of 1932-1933.

This is reported on the Facebook pages of Ukrainian diplomatic missions in Poland.

“Today it is difficult to believe in the horror that the totalitarian communist machine has prepared for the Ukrainian people in the 1930s. We must remember these innocent millions of victims and make every effort to ensure that no nation in the world will suffer genocide again,” Oleg Mandiuk, the Consul General of Ukraine in Krakow, said in his speech to the participants of the action.

After the commemorative liturgy in the Exaltation of the Holy Cross UGCC temple near the memorial to the victims of Holodomor in Ukraine, the staff of the institution and Ukrainians from Krakow created the symbolic Ukrainian Trident from the candles.

In Gdansk, clerics from four denominations, together with Ukrainians living in the city, held a prayer service for the souls of innocently murdered victims of the Holodomor-Genocide.