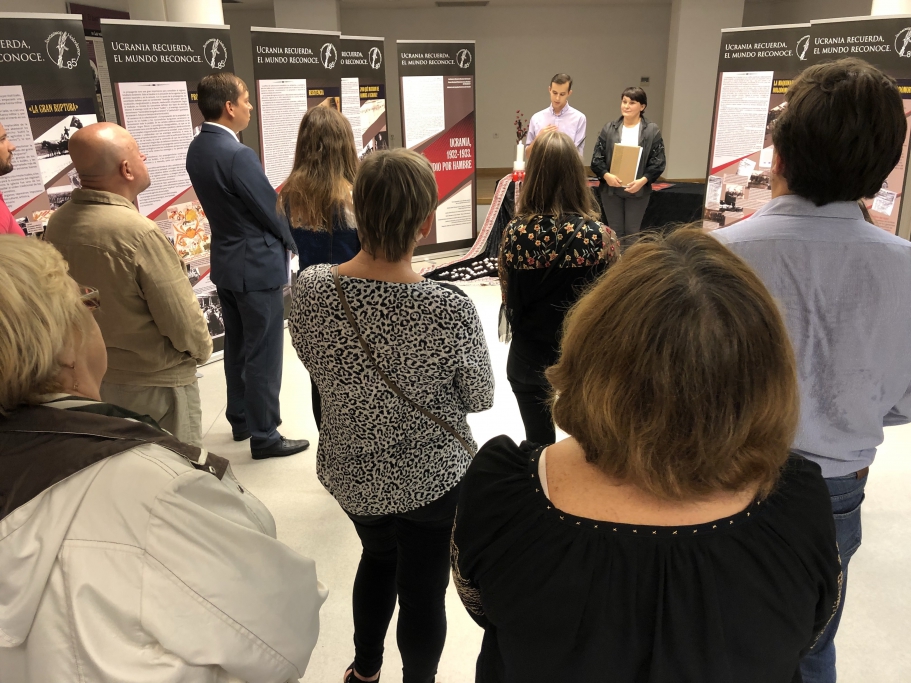 On October 8, 2018, the Ukrainian community of Murcia (Kingdom of Spain) joined the Worldwide International Action “Let’s Light a Candle of Memory!”, the Consulate General of Ukraine in Malaga reports.

During the commemorative event, organized by the Association of Ukrainians in the region of Murcia, together with the Consulate of Ukraine in Malaga, a thematic photo exhibition was opened in the City Cultural Center. The exhibition was prepared jointly by the Ukrainian Institute of National Rememberance and the National Museum “Holodomor Victims’ Memorial and is called “Ukraine, 1932-1933. Genocide by Starvation”. The event was attended by First Deputy Mayor of Murcia on Infrastructure, Mobility and Youth Rebecca Perez, Assistant to the Public Affairs and Media Officer Gerardo Sánchez Romero, representatives of other government bodies and non-governmental organizations in the region, Ukrainians living in the city and employees of the Consulate .

The day before in the Ukrainian Greek Catholic Church “Protection of the Mother of God” in Murcia, a memorial service was held for victims of mass starvation in Ukraine.