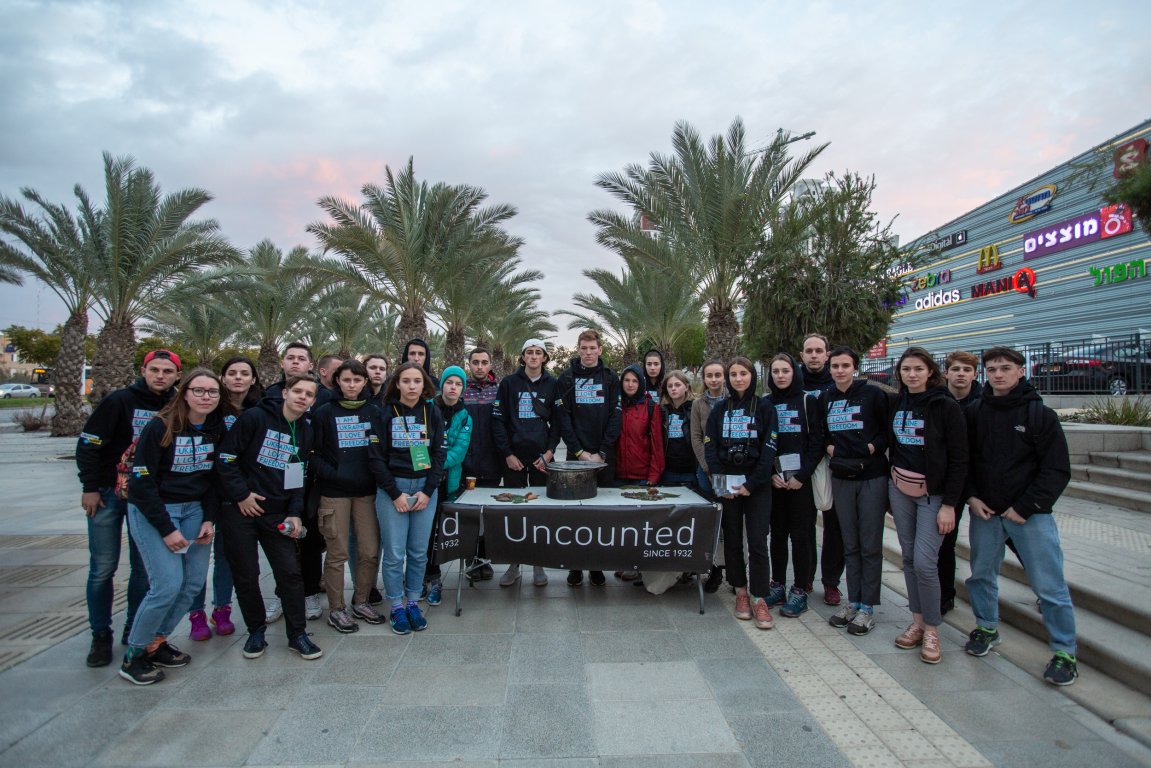 On December 27, 2018, students of the Ukrainian Leadership Academy conducted an action “Uncounted since 1932”.

During the action 30 pop-up cafes called “Uncounted” were opened, they provided only one position in the menu – a soup made of pine needles, bark and pinecones. “This soup is one of the few dishes that were available to Ukrainians during the artificial famine of 1932-1933, organized by the Soviet authorities,” the organizers of the campaign commented. The recipe was created on the basis of the memories of those who survived the Holodomor of 1932-33.

Cafes were opened simultaneously both in big cities and small towns – Tel Aviv, Beershevy, Jeruhami, Keren-ben-Zimbri, Sufi, Safed and others. The action is being held for the third time under the leadership of Roman Tychkovsky and each year its scope is increasing. Its conduct was possible with the support of the Cabinet of Ministers of Ukraine, the Western NIS Enterprise Fund and the investment company Dragon Capital.