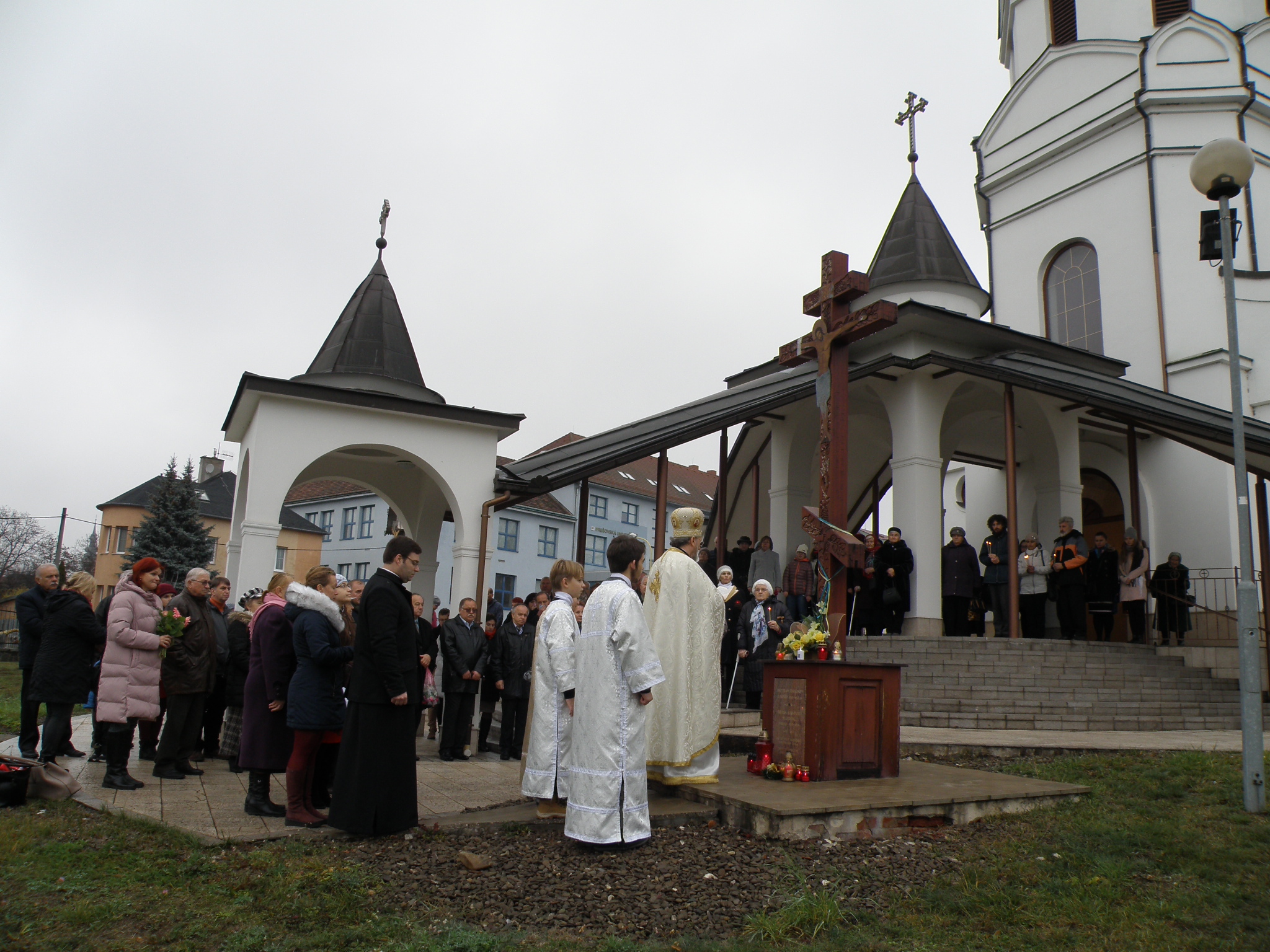 Ukrainians in Presov honored victims of the Holodomor

On Sunday, November 25, 2018, after the holy liturgy in the temple of Presov by the Cross-Monument to the victims of the Holodomor with the participation of believers, clergy, representatives of Ukrainian institutions and organizations, members of the Presidium of the Central Council of the Union of Rusyn-Ukrainians of the Slovak Republic a memorial service was held on the occasion of 85th anniversary of the Holodomor in Ukraine in 1932-1933, states the Transcarpathian Online resource.

Among the presenters were also foreign guests from Serbia and Ukraine – participants in the review of folk songs “Makovitskaya Strana”, which at that time was held in Bardievo and Presov.

After the memorial service, wreaths and flowers were placed at the monument, as well as candles of eternal memory were lit, as evidence to the fact that the fate of innocent victims – victims of the Holodomor in Ukraine – is not indifferent to them.

Students of Prešov University Kateryna Salyenko and Lyudmila Kozyreva read aloud the names of 85 dead from starving children from the list of millions tortured by hunger.