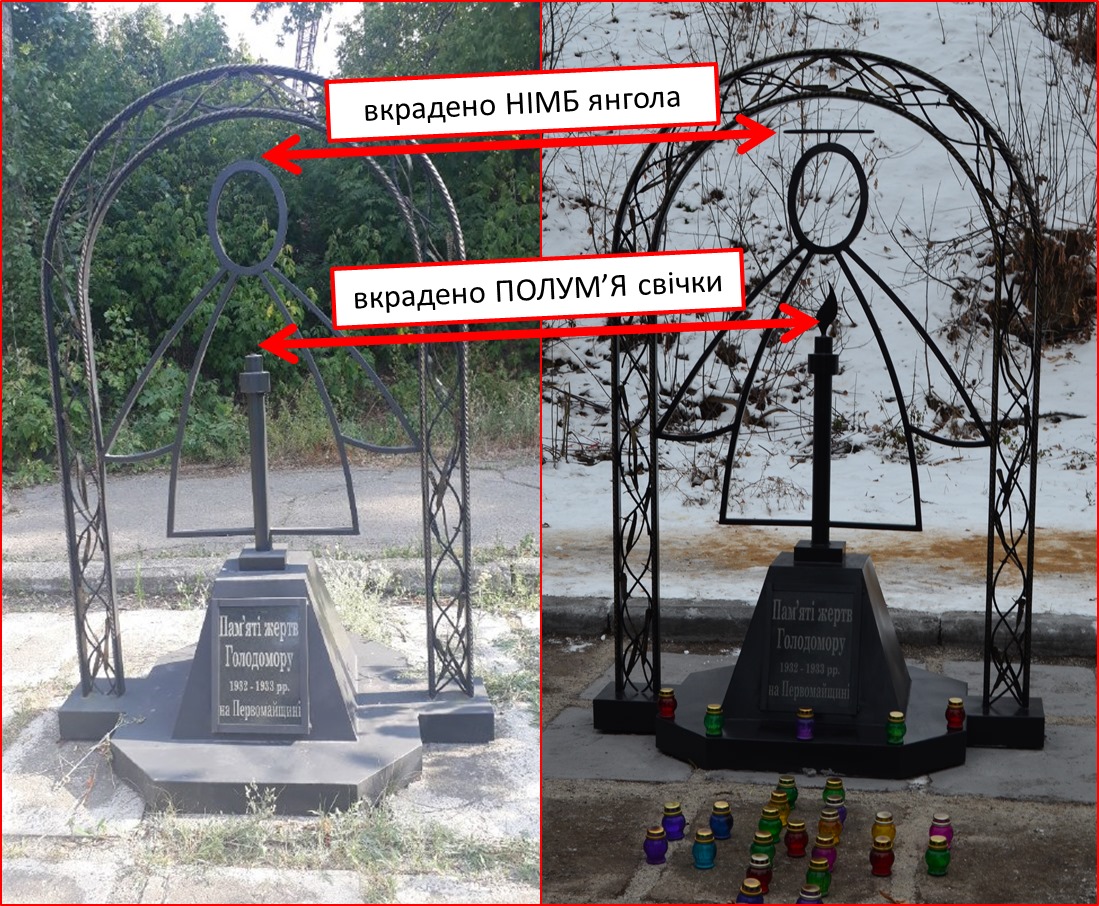 From the monument to the victims of the Holodomor of 1932–1933 in Pervomaysk district (Mykolaiv region), some items were stolen, and the stand was covered by paint. A public activist Yevhenii Notevskyi told about this on his Facebook page.

“Well, those who damaged the Memorial Complex to the 1932–1933Holodomor victims in Pervomaisk district, please respond! Are you not ashamed?!

I just do not understand what is happening in our city. Our Mykolaiiv “Youth is the Future of the Nation” NGO sets the second cultural-historical object, but it is stupidly damaged!

Where are we moving? What is the limit of such acts? Does someone just lack the strong hand of the head, or elementary education?

To steal elements of the monument (NIMB, LIGHT of the candle) and to vandalize the stand is just like a knife into the body of the suffering Ukraine… I am strongly indignant because we have plans to install a large number of art objects in Pervomaisk, and here it turns out that we are not able to do even the least –”TO SAVE,” Yevhenii Notevskyi wrote.