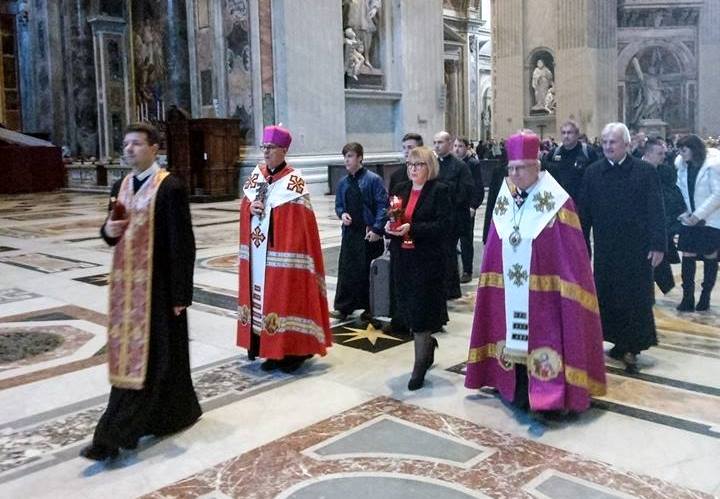 On November 22, the Embassy of Ukraine to the Holy See joined the international action “Let’s light a candle of memory!”, which was held at the Cathedral of St. Peter in the Vatican, the press service of the Ministry of Foreign Affairs of Ukraine.

A memorial service was held, during which a candle was lit and the memory of the millions of innocent Holodomor-genocide victims, who in 1932-1933 was deliberately condemned to the torment of starvation, was honored in the very heart of the Cathedral near the grave of St. Peter.

The memorial procession ended at the altar of St. Erasmus with mosaic images of Saints Volodymyr and Olga, the baptisms of our people.

Representatives of the youth movement “Scouting of Europe in Ukraine” from Zhytomyr and Ternopil region joined the international action “Let’s Light a candle of memory!”, who on the eve visited the Ukrainian diplomatic mission at the Vatican.