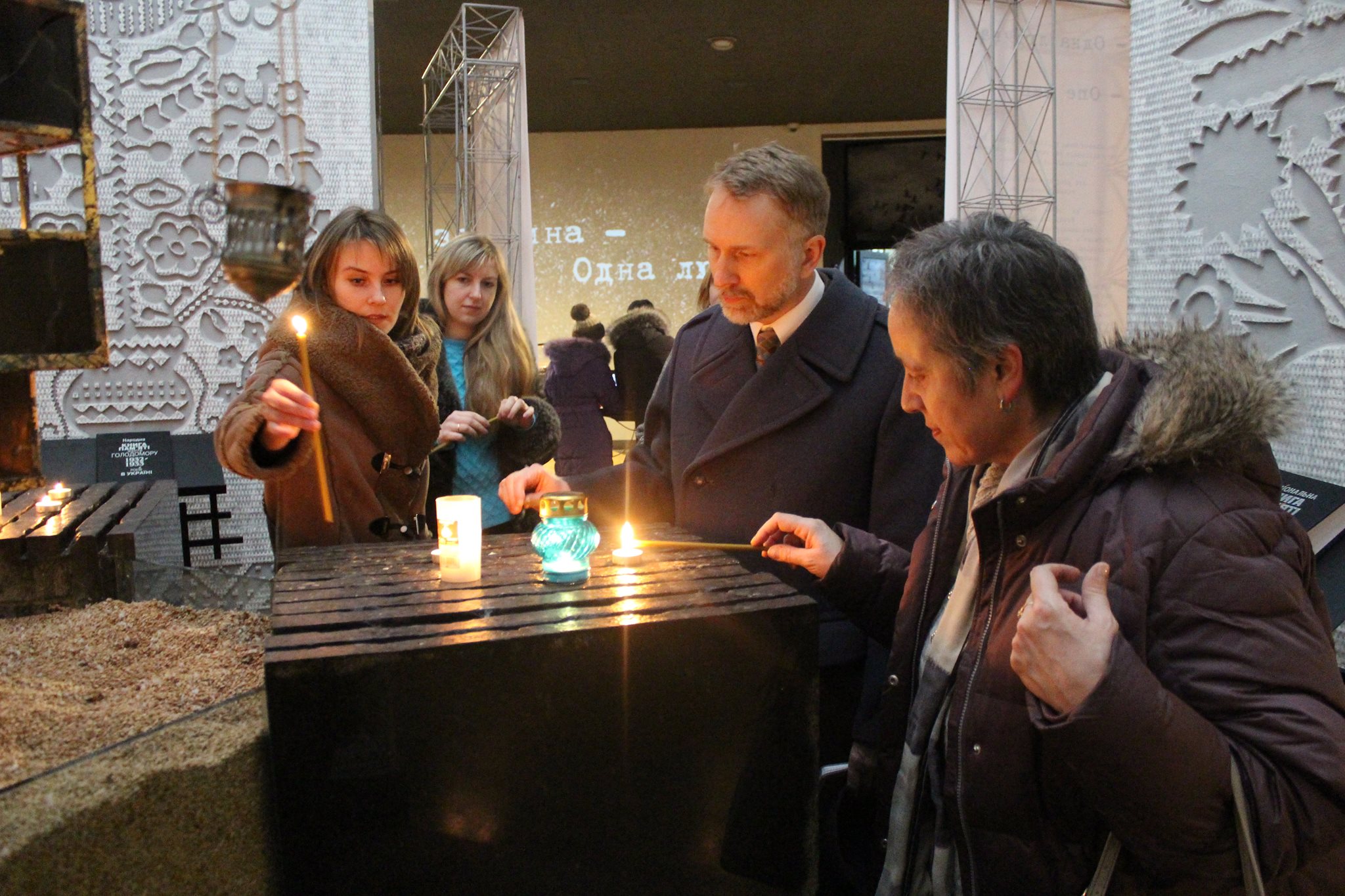 Visiting representatives of the US Embassy in Ukraine

On January 4, 2017 “Holodomor victims’ Memorial” was visited by Karen Robblee, Counselor for Public Affairs of the US Embassy in Ukraine, and William Bistransky, Consul General of the US Embassy.

Memorial complex, Hall of memory, art project “163” and the history of the Holodomor were introduced to the guests.

More than month ago, according to the 83-th anniversary of the commemoration of Holodomor victims, US White House in a statement expressed solidarity of Americans with the Ukrainians in commemoration of the millions of victims of the genocide of 1932 – 1933 and support Ukrainians in the fight for the integrity of Ukraine.

Then the US state of California Assembly passed a resolution to commemorate the millions of victims of Holodomor 1932 – 1933 in Ukraine.

In 2015, Washington opened Memorial dedicated to the memory of Holodomor victims.

Solidarity and US support to Ukraine in the fight for the truth about the Soviet genocide against Ukrainians in 1932 – 1933 started to 1988 when the Commission made public the findings of the US Government on the Ukraine Famine. The Commission concluded that the victims “were starved to death in a man-made famine” and that “Joseph Stalin and those around him committed genocide against the Ukrainian people in 1932 – 1933”.