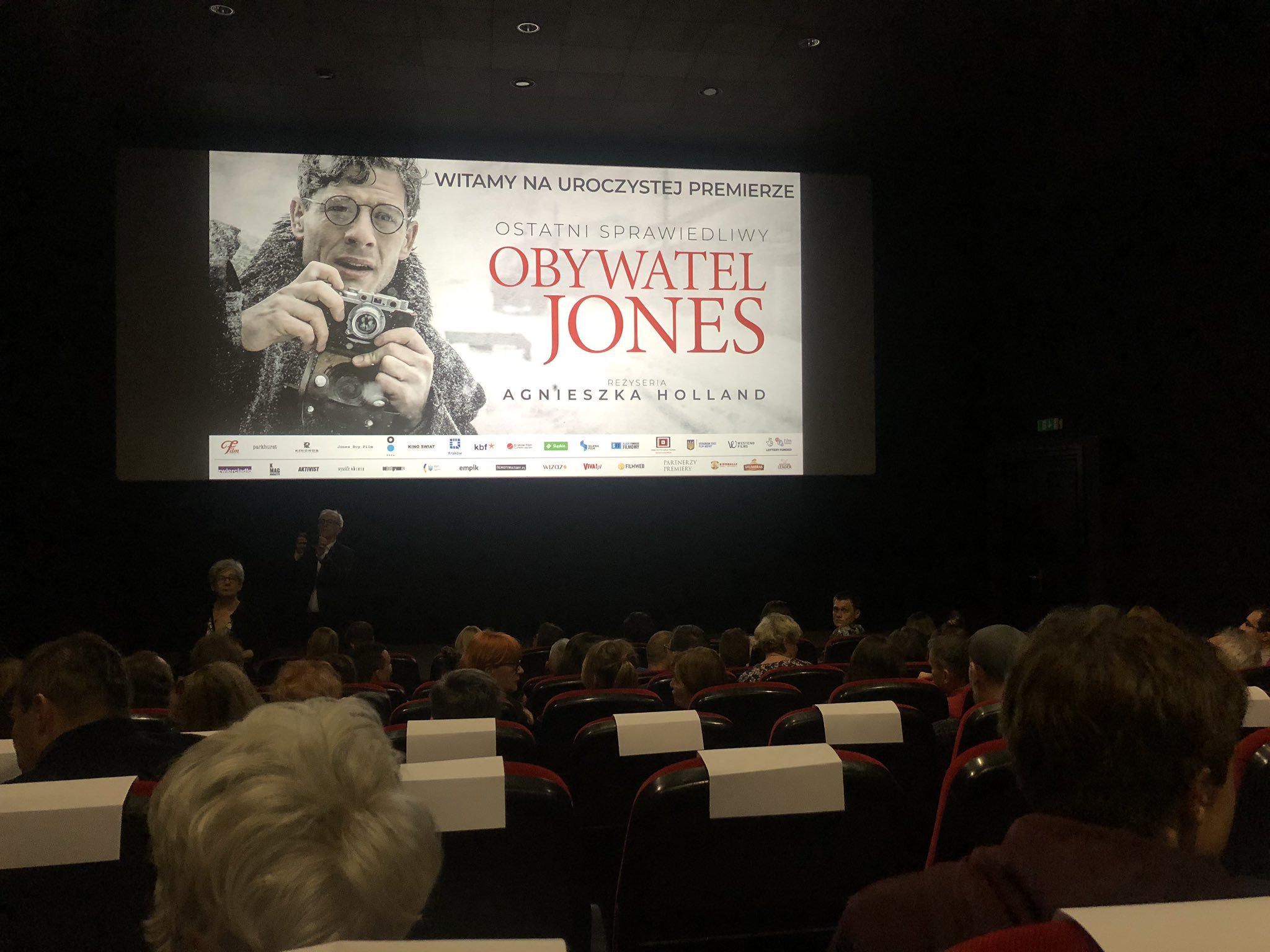 The premiere of “Mr. Jones” movie about British journalist Gareth Jones, who was the first in the West to talk about the Holodomor in Ukraine, took place at the Kinoteka Cinema in Warsaw on Monday.

The film, which was shown at four cinema halls at once, attracted the attention of hundreds of guests from the world of culture and politics, Ukrinform reports.

“The film is very strong; it is contemporary and very necessary. It is not only about the terrible tragedy that Ukraine and the Ukrainians have experienced and which has remained in our memory, but this film is also about values ​​and truth. The film also brings us very close to what we have and what we are facing even now,” Ambassador of Ukraine to Poland Andrii Deshchytsia emphasized during the film’s premiere.

He thanked the film crew, actors and film director Agnieszka Holland for the important mission of spreading the truth about the terrible tragedy in Ukraine in the first half of the 20th century, to remind about it and to do the best to prevent this from happening in the future.