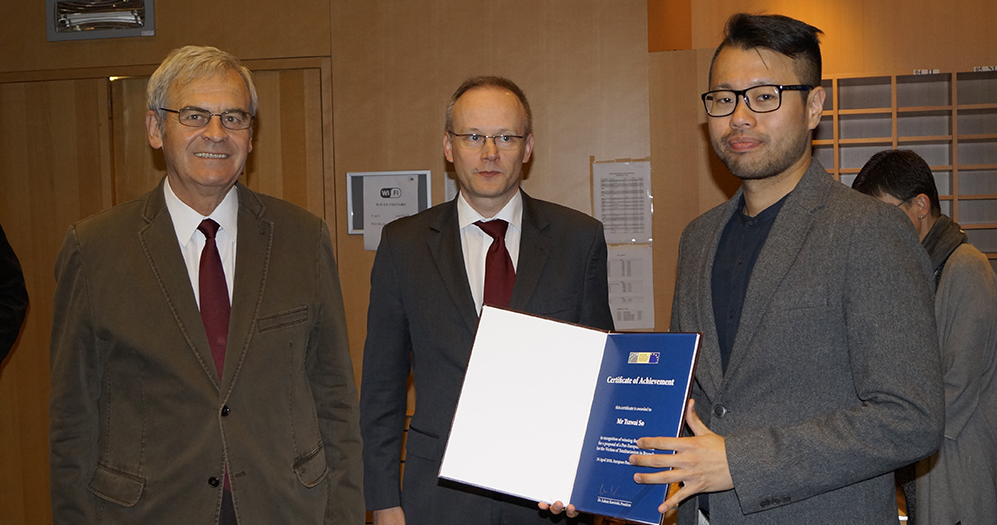 On April 24, 2018, the European Parliament hosted a presentation of the ten projects of the “Platform for European Memory and Conscience” competition on the proposal of the All-European Memorial to victims of totalitarianism in Brussels, according to the official website of the Platform.

The competition was held under the patronage of the President of the European Parliament Antonio Tayani, the EU Commissioner for Education, Culture, Youth and Sport Tibor Navrachic and the Ambassador of the Czech Republic to Belgium, Yaroslav Kurfurst. The project is designed to offer the first ever European memorial to all the victims of the 20th century totalitarianism in Europe on Jean-Ray Square, in the center of the European Brussels district.

At the event, the presentation of the project-winner, created by the British-Chinese architect Tszavy Co, was held. Also projects which were included in the top ten were presented (overall 39 proposals were submitted for the competition).

“It is entirely natural that we will have a monument to the victims of totalitarian regimes, because these people have died from terror and hatred. The coming generations and history must condemn the regimes that have committed millions of crimes. This is the least that we can do,” said the MEP Laszlo Tekes, at the opening ceremony.

Neil Winkelmann, Managing Director of Platform, sent a letter to the presentation participants. Among other things, she wrote: “Thanks to art, we can convey the most important educational messages to a wide audience, and I am glad that our competition has generated so many diverse and highly-skilled ideas. I was impressed by the depth of the content and the diversity of interpretations presented by the authors.”

We remind that the National Museum “Holodomor Victims Memorial” is a member of the Platform for European Memory and Conscience from 2015.