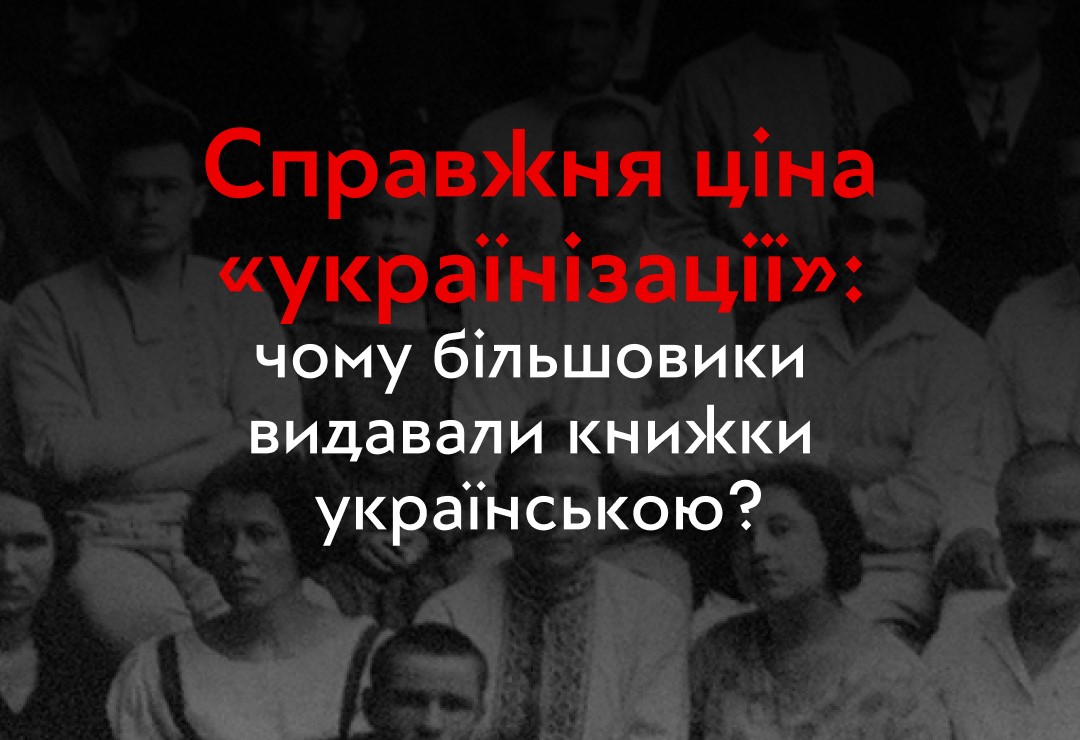 Ukrainization was the policy of the communist totalitarian regime in the 1920s and 1930s, which provided for the involvement of Ukrainians in the activities of soviet, party and public institutions and organizations. Politics ideologically and propagandistically influenced society through the use of the Ukrainian language. However, these processes also had some positive influence on the development of the Ukrainian language and culture. In 1929, about 92% of children in the USSR attended Ukrainian-language primary schools. As of the beginning of the 1930s, most newspapers and books were published in Ukrainian.

On December 14, 1932, the infamous resolution “On grain procurement in Ukraine, the North Caucasus and the Western region” was issued. It marked the end of Ukrainization, although formally, the Central Committee of the CP(b)U was supposed to provide “systematic party leadership and control over the implementation of Ukrainization.” On the other hand, regarding the North Caucasus, where as of 1932, Ukrainization had spread significantly, the wording was more unambiguous: “In the North Caucasus, the administration of Soviet and cooperative bodies of the “Ukrainized” districts, as well as all newspapers and magazines that are published, should be immediately translated from Ukrainian into Russian as more comprehensible for Kubans, as well as to prepare and translate teaching in schools into Russian by the autumn.”

This year marks the 90th anniversary of the adoption of this resolution. Russia, as the legal successor of the USSR, not only denies the Holodomor as a purposeful crime of the communist regime against Ukrainians but today continues the policy of genocide, mass exterminating the Ukrainian nation. The Russians are using long-tested Stalinist methods of “subduing by hunger” by exporting grain and food from Ukraine, looting and destroying elevators and agricultural machinery. At the same time, in the occupied territories, as in the 1930s, the Russification of the population is taking place, in particular: schools are being translated into Russian, and Ukrainian books are being confiscated from libraries.

The purpose of the project is to show (including to a foreign audience) the tools and methods of the communist and Putin regimes for subduing Ukrainians, in particular in the sphere of oppression of the Ukrainian language and culture, to tell a broad audience how events in history affect the present and the future.

The real price of “Ukrainization”: Why did the Bolsheviks publish books in Ukrainian?

“Kharkiv Spelling” as one of the successes of Ukrainization

What was the Poltava village punished for?

Vasyl Verkhovynets: a name from a forgotten poster