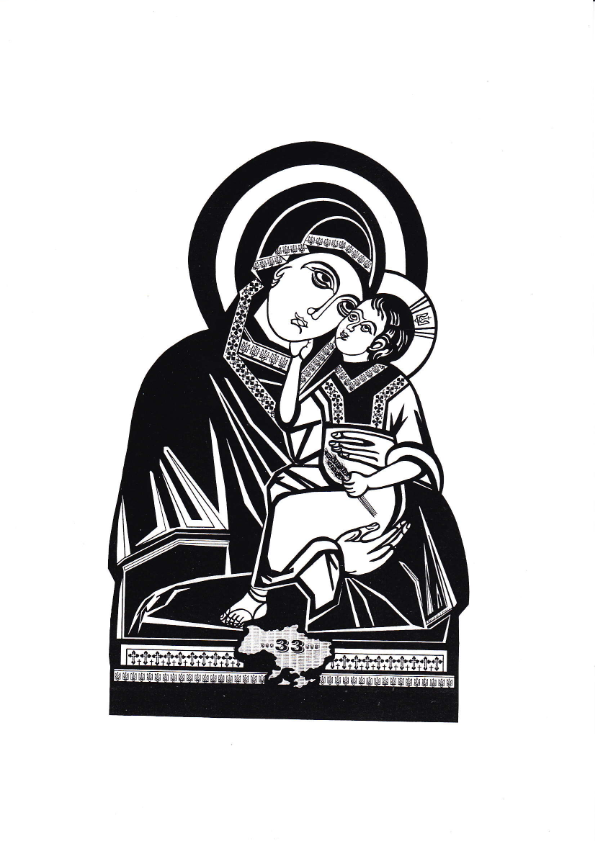 Madonna famine-33 – graphic work of Australian architect Marusya Yarotska depicting Mother-Ukraine with a black halo, a symbol of the tragic terrible famine of 1933, when millions of Ukrainians died, carrying the terrible suffering of Calvary Famine. Ukraine was covered with crosses and mountains of corpses through the removal of all crop and deliberately man-made Famine-Holodomor.

Holding five ears of wheat, Ukrainian child asks his mother-Ukraine: Why did we have in Ukraine a terrible famine? Why did Ukrainian black earth cover with millions of corpses? Why did Ukrainian hungry children shot for a handful of ears of wheat? Sorrowful Mother-Ukraine, heavy with hunger, whispers to her son one word “genocide.” In 1933 wheat was the tool of genocide because by assignment of five ears of wheat under the law of the Soviet authorities condemned to death everyone, including children.