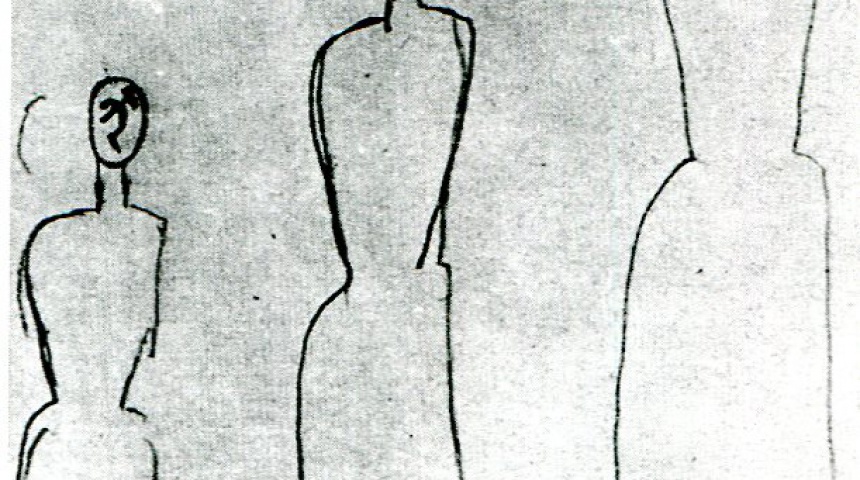 Where hammer and sickle are, there are death and famine

Kazymyr Malevich is the only artist who has shown the tragic situation of Ukrainian peasants during the criminal forced collectivization and famine. Graphite “Where hammer and sickle are, there are death and famine” (quoted in the popular 1920-30’s folk song) shows three figures, features which replaced the hammer and sickle, cross and coffin.

Many of the “peasant” paintings contain subtle messages, such as the lack of face, hands. “Captive Ukraine” depicts armless and faceless figures, who accused the authorities of the extermination of the peasantry.

Almost all the paintings of this period were incorrectly dated. As Olexander Shatskyh explained that specifically paintings have been dated to an earlier time, as are scenes of protest.