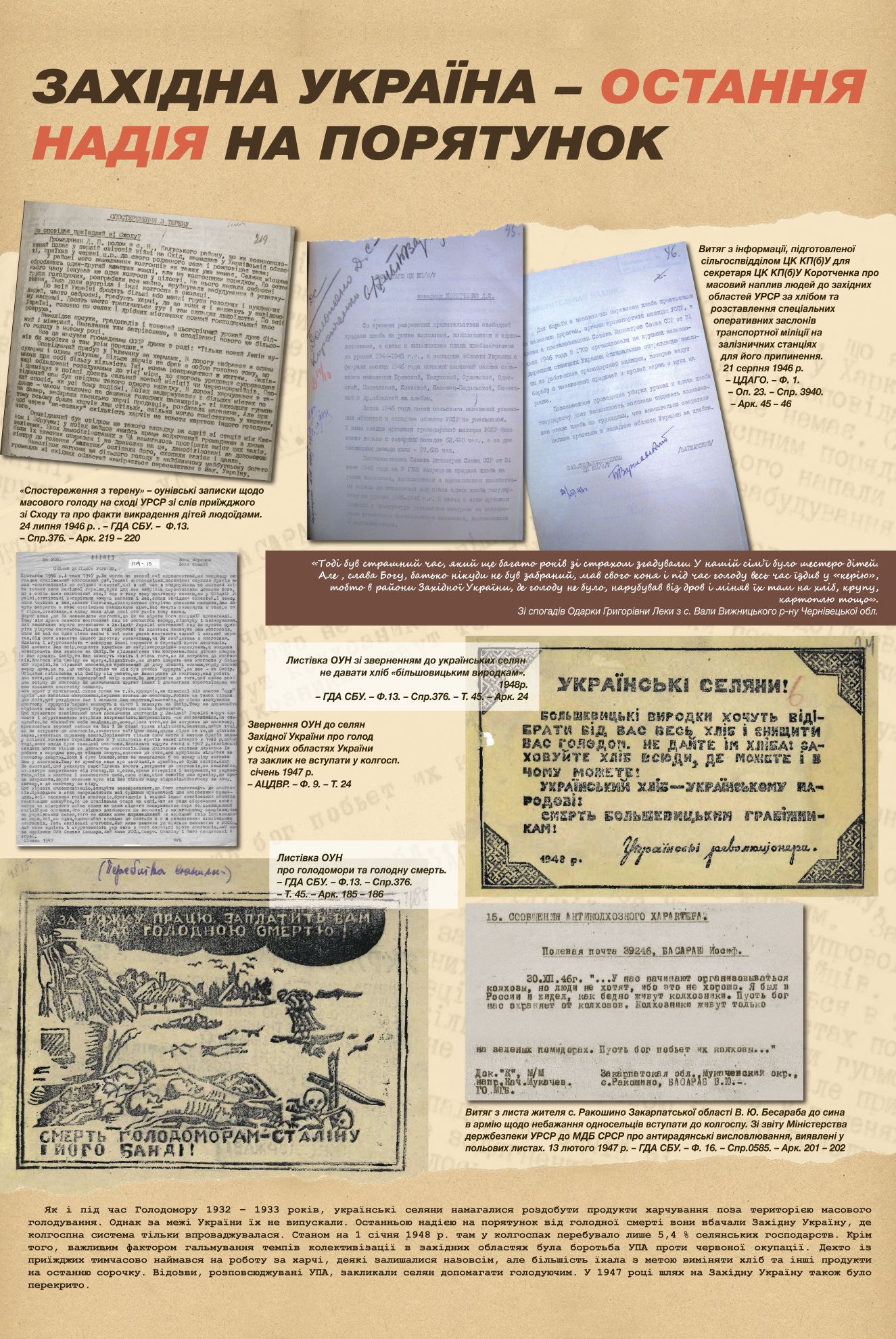 Mass famine of 1946 – 1947 in Ukraine for a long time had been ignored and hushed by the communist leaders, until the collapse of the USSR. For regarding this tragedy were used the terms “post-war years of devastation”, “heavy temporarily life in USSR” and so on.

Since Ukraine gained independence, a noticeable change has become in the perception and coverage of the events of 1946 – 1947. It held the declassification of series of secret documents that objectively showed the presence of famine in Ukraine, situation of Ukrainians during that period and exposed the perpetrators of those difficult times.

Documentary and photo exhibition “Mass famine of 1946 – 1947 in Soviet Ukraine” reveals the reasons of postwar famine in Ukraine, shows the life of different groups in these years and the consequences of the disaster. Particular attention of exhibition is paid to the role of leadership of the Union of Soviet Socialist Republics and the Ukrainian Soviet Socialist Republic in a commitment of citizens to starvation.

The exhibition was prepared on the materials of CSAPO of Ukraine, CSASBPG of Ukraine, Pshenychnyi CCPPA of Ukraine, SA SSU, SA MDU, SA HSU, Archive of The Liberation Movement Research Center.

Exhibition is available in Ukrainian.