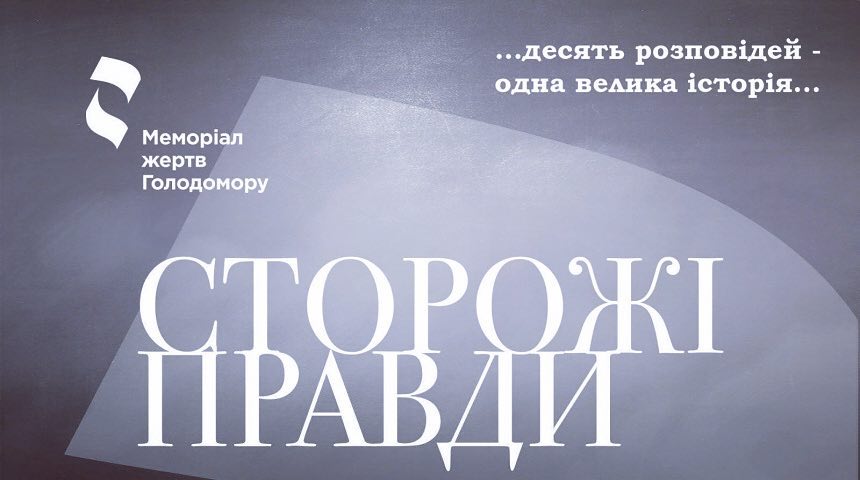 Photo Exhibitions "GUARDIANS OF THE TRUTH"

In the summer of 2017, employees of the National Museum “Holodomor Victims Memorial” made expeditions to the villages of Fastiv, Baryshiv, Obukhiv and Kyiv-Sviatoshyn districts of Kyiv region and Kyiv city, where they recorded the memories of people who are the Holodomor victims and witnesses of the crime at the same time.

Among them. there are 99-year-old Oleksandra Zverkhovska from Marianivka, 93-year-old internally displaced person from Luhansk Mykola Onyschenko, 96-year-old head of the Museum of Local Lore in Berezan Halyna Rykh and His Holiness Patriarch of Kyiv and All Rus-Ukraine Filaret, who survived the Holodomor in Donetsk region as a child.

The memories of these people, who do not know each other, are striking in their typicality, and each of them is additional evidence of the crime of genocide committed by the communist soviet authorities against Ukrainians. Excerpts from the stories of ten characters are woven into a single story, sincere and emotional. At the same time, through the unspeakable sadness from the loss of loved ones, lost childhood, crippled destiny, the stability of the spirit of these elderly people, the wisdom acquired during a difficult life, suddenly the bright love for people appears.

However, the reality is that every year there are fewer and fewer witnesses to the Holodomor. That is why those wholive, remember, tell, analyze and care, are GUARDIANS OF THE TRUTH for us.